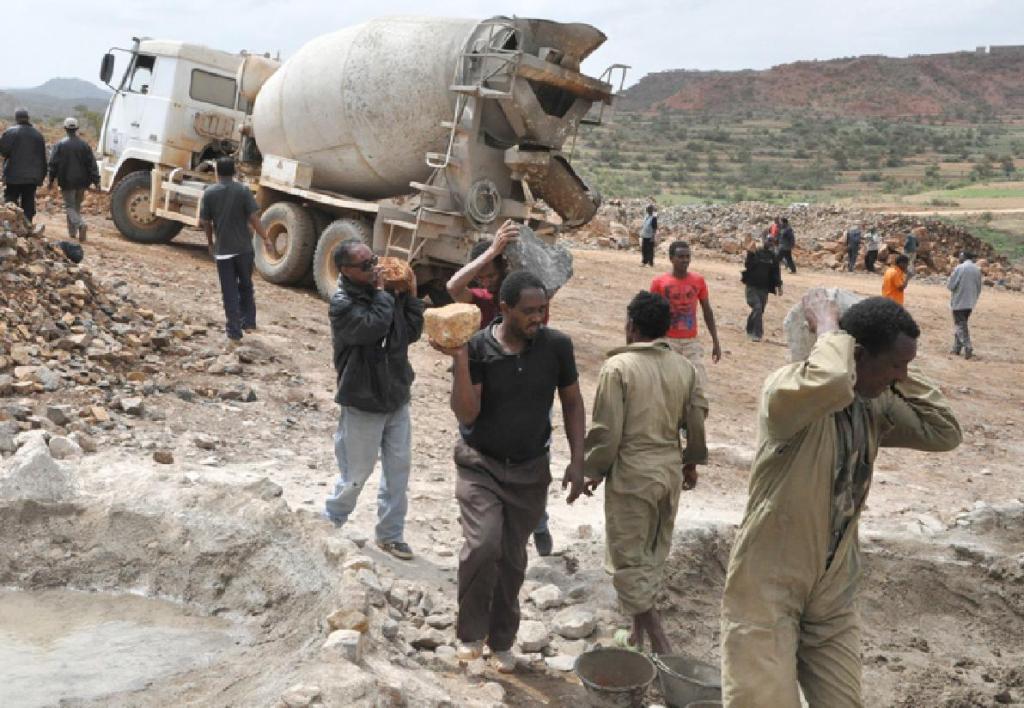 Asmara (HAN) July 31, 2014.  Regional Security and public safety news. The 27th Eritrean National Service students that have been to Sawa to finish their final grade 12 education are arriving back to their home and  to  their families after graduating military training on 18th of July, 2014.

According to Col. Debesai Gide, Commander of the Sawa National Training Centre, the participants of the 27th round were from 83 Secondary and 7 Technical Schools across the nation. He also stated that they received the set military and academic training, in addition to development activities. Col. Debesai also stated that about 500 thousand youths have participated in national development and national resistance tasks over the past 20 years since the launching of the NSP.

Likewise, over 5,500 Grade 11 students from the Central region left for Sawa on 25 July, 2014  to pursue Grade 12 studies there, as well as to participate in the 28th round National Service Program.

The students expressed readiness to live up to expectations.
Meanwhile: Eid Al-Mubarak was this week celebrated nationwide in a colorful manner in Eritrea.

The Eritrean Mufti, Sheikh Al-Amin Osman Al-Amin, led the Salat Eid prayer. In a religious message Sheikh conveyed, the Mufti called on the faithful to practise the values of love and mutual assistance, among others. Sheik Al-Amin Osman further underlined the need to demonstrate assistance to the needy and tolerance, as well as other virtues.

Meanwhile, a public holiday jointly organized by the Ministry of Information and the Eritrean Police Headquarters was conducted at the Expo grounds in connection with Eid Al-Fetir celebrations.

The public celebrations at the Expo grounds witnessed cultural performance by the Irab cultural troupe of the Eritrean Police Force.

Photo: The center for vocational, academic and military training, Sawa