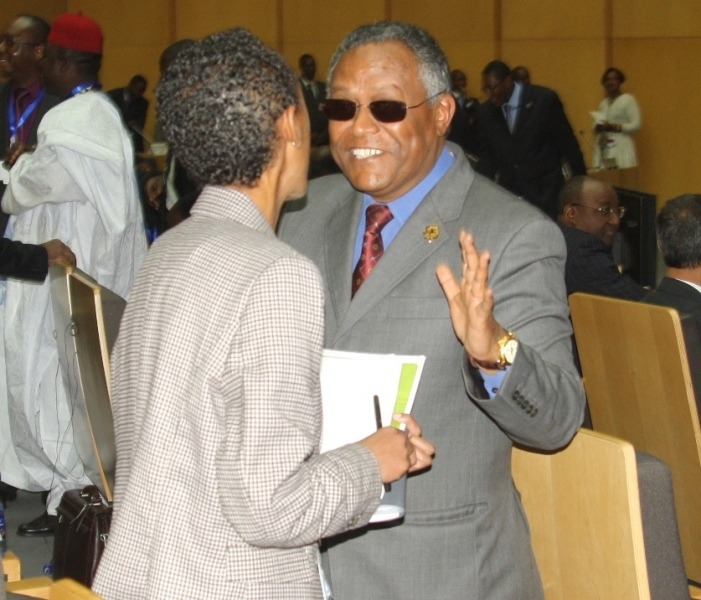 Asmara (HAN) October 10, 2014. Public diplomacy and International security news. various strategy pertaining to eliminating international terrorism. Eritrea’s Permanent Representative to the United Nations, Ambassador Girma Asmerom, has underscored that Eritrea reaffirms its unequivocal condemnation of terrorism in all its forms and manifestation. He made the remarks at the Sixth Committee of the 69th session of the U N General Assembly pertaining to eliminating international terrorism.

Ambassador Girma stressed that that Eritrea strongly believes that terrorist acts constitute a flagrant violation of international law and human indecency. He further expressed Eritrea’s conviction that acts of terrorism should not be associated with any single religion, nationality, civilization or ethnic group.

In this connection, Ambassadro Girma stated that in order to combat all types of extremism and terrorism, Eritrea has put in place various national legislative measures, besides taking concrete actions.

Moreover, he underlined that a unified global response is needed to effectively combat the danger posed by terrorists, apart from information sharing and exchange of best practices among countries and other stakeholders. Ambassador Girma also underscored the need to effectively prevent and control the spread of terrorism, lay equal emphasis on devoting resources to the four pillars indentified in the Global Counter Terrorism Strategy, including the root causes of terrorism.

The Ambassador made reference to the need for addressing the long standing inter and intra state conflicts, as well as politically motivated unjust sanctions imposed against any developing countries as part of the overall strategy towards fighting all forms of terrorism.