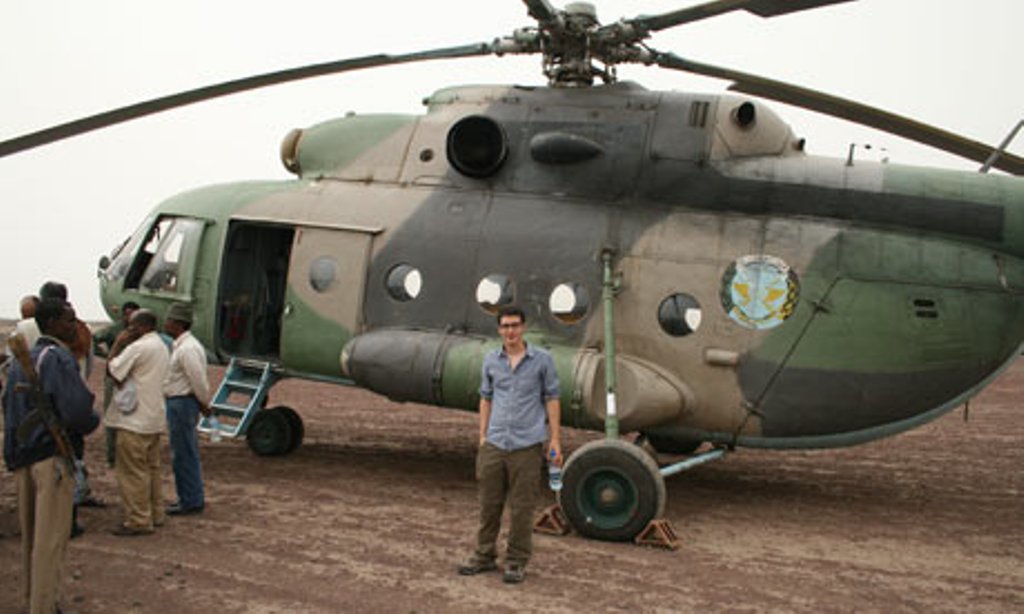 Asmara (HAN) December 24, 2014 – Public diplomacy and the Horn of Africa related Security issues. An Ethiopian air force pilot has defected to Eritrea, flying a helicopter across the border with his co-pilot and a technician, Ethiopian state-run media said on Tuesday.

The three helicopter pilots had been missing since Friday morning soon after leaving their base on a routine training session, Ethiopian Television reported.

Eritrea and Ethiopia have been locked in a border dispute for years and routinely accuse each other of backing rebels trying to destabilise and topple the other’s government – a legacy from the two-year war they fought in the late 1990s.

“The military helicopter landed in Eritrea, flown by a traitor pilot who forced both his co-pilot and a technician while they took part in a training exercise,” the Ethiopian military report said,

Photo: David Ferguson in Semera with the military helicopter that took him, his Ethiopian colleagues and police guards to a remote region of Afar.  Photograph: Talfan Barnie, University of Cambridge Public Domain.