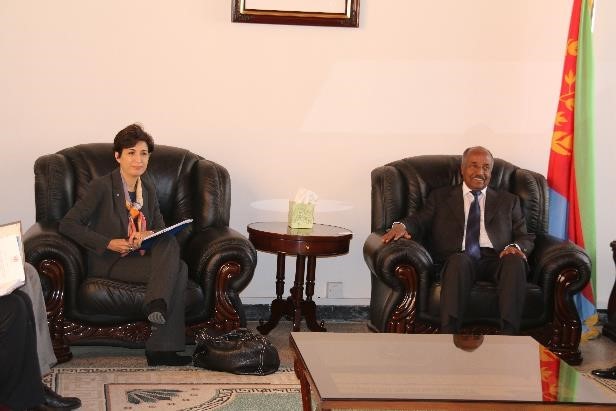 Asmara (HAN) March 16, 2015 – Regional Security and Human Investment News. Eritrea has taken notable steps forward over the past two decades, including significant progress on the Millennium Development Goals (MDGs), especially those related to health. This was demonstrated during a recent side even at the UN general assembly supported by the UN. Though challenges still exist, the country is working hard to improve its national capacity in all areas.

Master plan of the beach side resorts in mainland Massawa

The achievements made towards advancing the situation of women and enhancing the well-being of the most vulnerable Eritreans, especially those in the rural areas, are notable and should be appreciated.

It is clear that the Government is committed to sustaining these gains while pursuing its national development agenda, which aims to reduce poverty levels, expand national capacity, increase food security and support environmental sustainability.

Eritrea has made remarkable progress towards its own development goals and aspirations. The Government has endeavoured to protect the most vulnerable segments of the population and to implement its long-term development policies.

Moreover, it is one of the few countries in Africa that is making steady progress towards achieving the health related MDGs (4, 5 and 6, i.e. reduction of child mortality; reduction of maternal mortality and combating HIV and AIDS). Even though scarcity of data does not permit comprehensive conclusions, the country appears to be making good progress on the crucial area of environmental sustainability.

However, much still remains to be done especially in MDGs 1 and 2; eradication of extreme poverty and hunger, and attainment of universal primary education, as all indicators are below target.