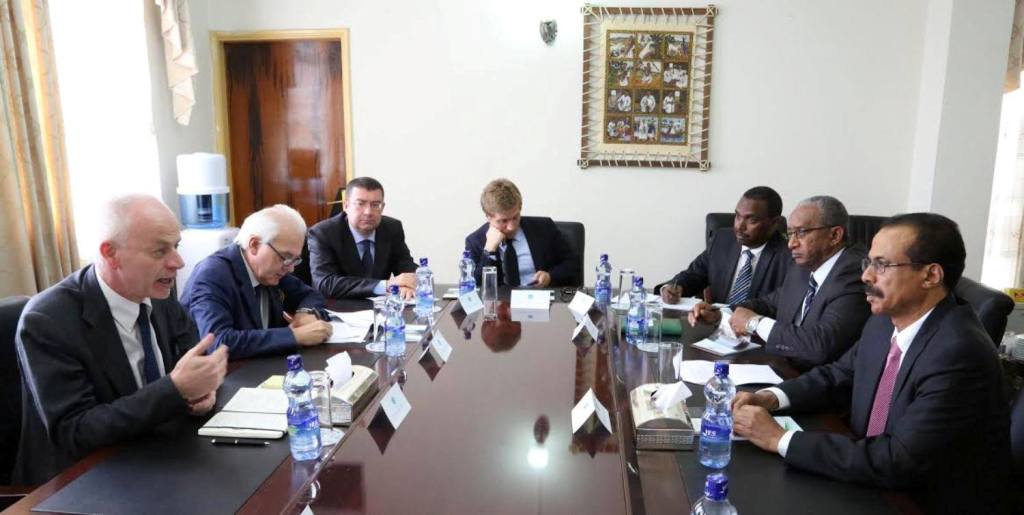 Asmara (HAN) July 7, 2014. This week, diplomatic and security initiatives. Italy is Eritrea’s second commercial partner, trade remains negligible, given Asmara’s isolation. One goal of Pistelli’s visit was to encourage the Eritreans to engage in constructive dialogue with the countries of the region with a view to contributing to the stability of the Horn of Africa, establishing development policies, and signing up to a shared commitment to protect human rights and to combat terrorism and trans-national crime

The new initiative to Asmara by the Italian Government marks the first time a senior Italian government official has visited Eritrea in over a decade to open a diplomatic hope to the Eritrean leader and the future Eritrean Youth.

Pope Francis: Church in Ethiopia-Eritrea a “witness to the unity of the People of God”

Ethiopian side: Ambassador Berhane Gebre-Kristos held discussions with Italy’s Vice Foreign Minister, Lapo Pistelli at his office. The discussion covered bilateral issues as well as regional and transcontinental areas that affect Africa and Europe. On the bilateral front, Vice Minister Pistelli said his government wishes to strengthen its relationship with Ethiopia and is planning to open an office for the Italian Foreign Trade Agency (ICE) here in Addis Ababa.

The Italian  Vice Minister also spoke about his government’s concern on the worsening condition of migration from Africa to Europe – pointing the inhuman treatment and suffering migrants go through en route to their intended destination. State Minister Ambassador Berhane Gebre-Kristos on his part said the government welcomes ICE’s desire to open an office here in Ethiopia and expressed the government’s readiness to cooperate with Italy on all matters important to both countries and their respective regions.  Italy’s Vice Foreign Minister, Lapo Pistelli  also said that the current migration problem needs to be addressed in a way that could provide a lasting and productive solution.