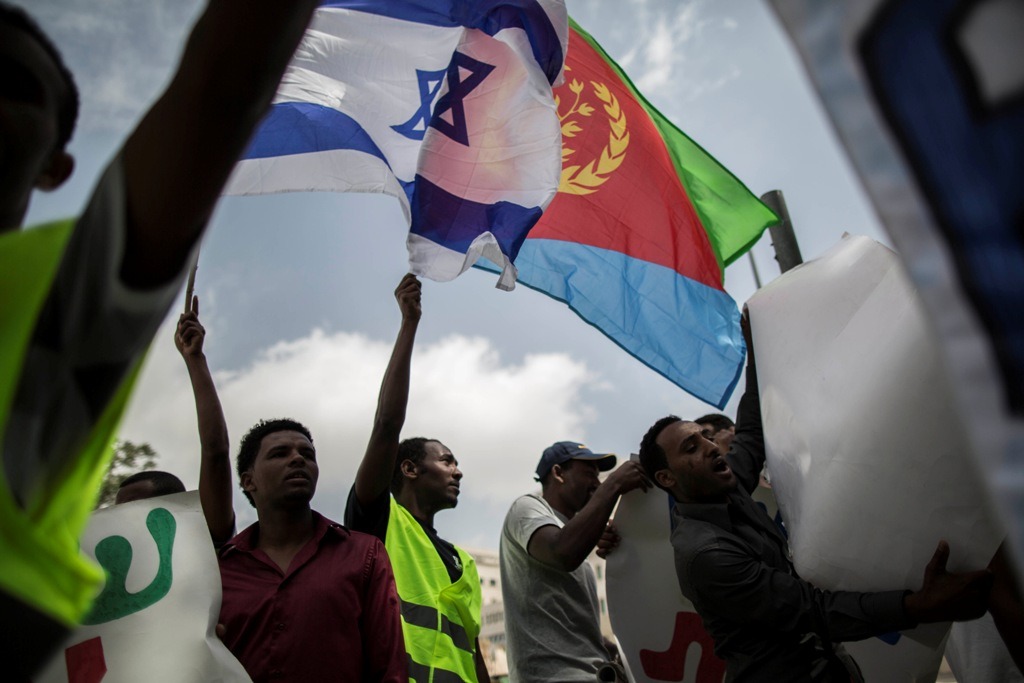 Cairo (HAN) July 1, 2014 – Geeska Afrika Onlines look at the numbers behind Israel’s influx of asylum seekers and the elements who are behind detention center crisis. Eritreans with other Thousands of Sudanis migrants appeal for international support in fight against controversial policy towards migrants.

Around 1,000 African migrant detainees, most of whom are Eritreans, had left the Holothuroidea Detention Facility in Israel on Friday, making their way on foot towards the Egyptian border to protest their detention in Israel and to ask for United Nations help.

“We are going to stay near the border with Egypt until a solution is found so our rights are respected,” the statement said.

Eritreans migrants protest Israel detention law : The refugees had previously listed their demands to UNHCR in Geneva, according to a press release by EveryOne Group, an international organisation operating in defence of human and civil rights.

They are also expecting a visit from an Israeli parliamentarian who supports their case, said the EveryOne Group press release.

“This is not a detention facility, this is a prison,” said Habtom, an Eritrean refugee, who said the facility was fenced and in the middle of the desert, far away from the city. “We are suffering. We have nowhere to go.”

They are currently 300 miles away from the Israeli fence. “They wanted to get closer, but Israeli police told them to keep that distance,” said John Stauffer, President of the America Team for Displaced Eritreans.

Habtom said he and the other refugees want to enter Africa through Egypt and return to their homelands, but Israel refuses their passage.


The sit-in came a day after Israeli soldiers stopped the demonstrators from crossing the border.

The protesters, who are allowed out during the day, said that their march was to protest against their “inhuman and unlimited” detention at Holot.

One demonstrator said the authorities presented it as an “open facility”, but it was “actually a prison”.

The migrants are calling on the United Nations to help resettle them elsewhere.