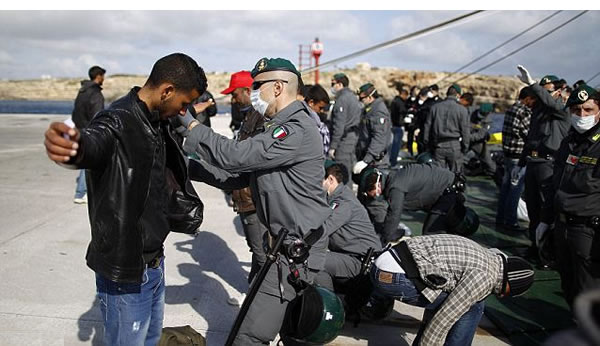 Djibouti (HAN) June 2, 2014 – Edited by capital Eritrea news: Head of National Security briefing Statement.  Remarks by Brigadier General Abraha Kassa, head of the Office of National Security of the State of Eritrea at the Preparatory Meeting for the Regional Conference on Human Trafficking and Smuggling in the Horn of Africa, 21 May 2014, Khartoum, Sudan 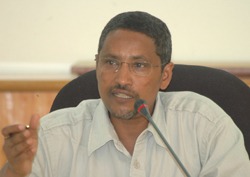 Let me start my remarks by thanking the Govern-ment and people of the sisterly Republic of the Sudan for their traditional warm hospitality extended to me and my delegation since our arrival in this beautiful city of Khartoum.I would also like, at the outset, to express Eritrea’s appreciation to the AU-led initiative to combat human trafficking and smuggling in the Horn of Africa Region. This preparatory meeting is one ina serious of activities that have been going on since the inception of the initiative in 2012. My country has been actively participating and contributing to the process from the start.Following this, I will try to briefly share Eritrea’s views in regard to the problem of human trafficking and smuggling, the efforts undertaken by Eritrea to combat and prevent these heinous crimes, and some ideas on the way forward.
The Challenge of Human Trafficking and Smuggling in Eritrea
The migration of Eritreans is not a phenomenon driven by an economic pull factor as it is usually the case in our contemporary times.This is in fact a deliberate case of human trafficking conceived and orchestrated by the United States with other collaborating states,organizations and agencies.
The scheme is politically motivated and carried out under a meticulous plan. It forms part and parcel of the war declared against the people and nation of Eritrea.
The main purpose of the scheme is to degrade Eritrea’s human resources and capital, demonize the Government of Eritrea and undermine its efforts to seek justice and remove the occupation of its sovereign territories. The transparent ploy is designed to stifle Eritrea’s voice and deflect international attention from Ethiopia’s breach of international law and infringement of Eritrea’s sovereignty and territorial integrity.

The Government of Eritrea has deployed a multifaceted approach to combat and prevent human trafficking and smuggling as well as to assist the victims.
The people and Government of Eritrea have redoubled their diplomatic, political, and economic efforts to foil the hostile activities organized by the U.S. Administration and its collaborators.
Awareness raising – Eritrea has undertaken a comprehensive campaign on the national media and other public fora strongly featuring trafficking victims, their families and communities.
Prosecution of criminals – Eritrean Government law enforcement agencies and local communities are actively working in identify-ing and apprehending the perpetrators of these crimes and bring them to justice.
Support to victims – Eritrea opposes any stigmatization of victims of human trafficking and provides them with all possible assistance. Eritrean diplomatic missions and communities in the countries of destination provide them with consular services and other assistance they may require.

Eritrea has been consulting with the Sudan, Egypt and other relevant countries on migration and other related issues.

The Government of Eritrea has made several diplomatic demarches and sent official letters to protest and oppose and seek remedies to this transgression.

In 2004, the GOE sent demarches to the UNHCR and a number of European countries who were instigating the mass migration of the members of the Kunama ethnic group under the false pretext that they rep-resented a suppressed minority group.

The  GOE has likewise sent letters to Libya-during the Qadaffi years- to Egypt, Israel and the Sudan to protest and expose the network of intelligence agencies mired in this deplorable act. President Isaias has also sent a letter to the UN Secretary General Ban Ki-moon requesting the UN to launch a comprehen-sive investigation of the act through an independent, neutral and transparent body.

At the Extraordinary Session of the AU Assembly held in October 2013, Eritrea called on the AUC to study the root causes of the problem, and investigate the criminal networks in order to take collective action at the continental level.