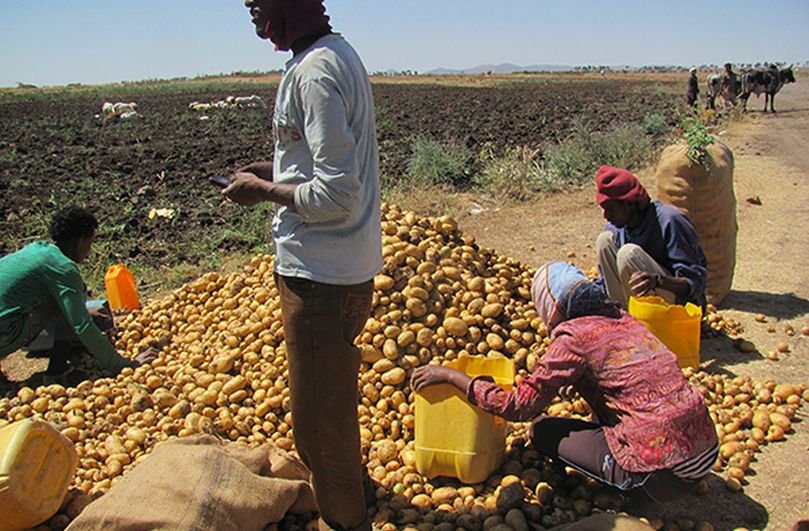 Asmara (HAN) – December 4th, 2019. key step in the two rivals in the Horn of Africa....while Economic activity is expected to be moderate in 2019, being driven by the performance of just one sector: the extractive industry. The Bisha mine; copper, zinc, gold remains the main contributor to growth in Eritrea, and its acquisition by a Chinese company planning new exploration activities will delay the end of operations, which was initially scheduled for 2021

Meanwhile, according to AFP in Asmara, November 15, 2016: Eritrean taxi driver Mihreteab recalls brimming with hope in July 2018 when his country reached a peace agreement with neighbour and longtime foe Ethiopia. “I don’t see any changes so far. People are still in jail and life is the same,” he said while waiting for passengers on a main avenue in Asmara.

Like other ordinary Eritreans who spoke to an AFP journalist during a rare visit to the famously closed-off country, Mihreteab asked that his full name not be published.

On the streets of the Eritrean capital, he was far from alone in feeling disillusioned.

“I like my country and I think you are also enjoying your stay. However, life is still the same for me,” said Tekie, a small trader who sells home appliances at a market in the city centre.

Eritrea and Ethiopia fought a deadly border war beginning in 1998 that claimed nearly 80,000 lives before a stalemate took hold in 2000 and lasted nearly two decades.

During the whip-fast rapprochement that followed, embassies reopened, flights resumed and meetings were held across the region.

But progress has since stalled and the land border between the two nations is once again closed.

Inside Eritrea, speculation that peace would spur reforms and ease years of repression has so far proved misguided.

The regime of Isaias Afwerki, the only president Eritrea has ever known, has given no sign of any kind of political opening, and the situation may in fact be getting worse.

In June, officials ordered the closure of Catholic-run health centres after church leaders published a letter expressing concern over the lack of reforms.

There are also reports of a new wave of attempts to nationalise private schools.