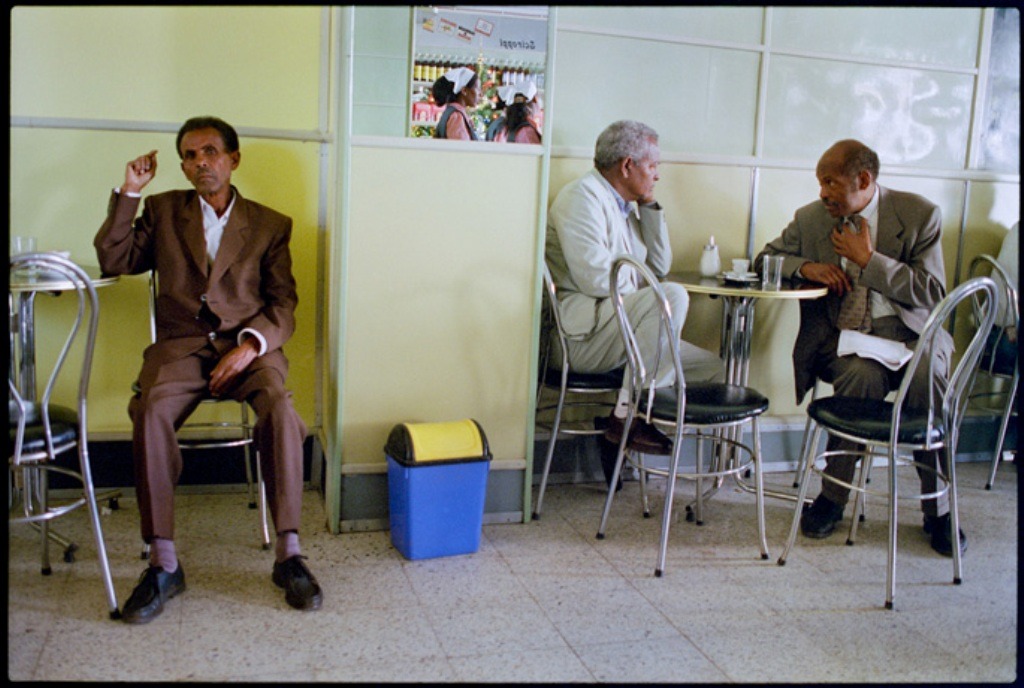 Rome (HAN) October 4, 2014. Expert Analysis, Your Power & Regional Influence Magazine, opinion page By, Vittorio Longhi is an Italian journalist. His latest book is “The Immigrant War: A Global Movement Against Discrimination and Exploitation.”

In Europe’s debate about how to deal with the flow of desperate migrants from Africa, there is an important element missing: the crisis in Eritrea. Every month almost 4,000 Eritreans flee to escape oppression, according to a United Nations special rapporteur.

A visit to Asmara, the Eritrean capital, is revealing. In the cafes you won’t hear people talking about the government of President Isaias Afewerki, and in the streets you will never see a march or a demonstration. Any sign of protest is quickly crushed, and opponents of the government face immediate imprisonment and torture, often in underground jails in remote areas. There they are stuffed into metal containers where the heat is unbearable, and given little food or water. The right to trial does not exist, and those convicted have no recourse to appeal.

This oppression is eerily invisible. You won’t see police officers along the sunny avenues of Asmara, nor are there soldiers around. But if you have a camera and start taking pictures, people stare and point at you. In this silent, secret system of terror, reminiscent of Soviet communism, every citizen is a potential spy.

The government in Eritrea exercises control also through the “national service,” which is compulsory and open-ended for both men and women from the age of 17. It is easy to see why Eritreans will risk dangerous journeys to escape.

On Oct. 3, 2013, 366 young Eritreans drowned off the tiny island of Lampedusa. The night after the shipwreck, I watched the survivors mourn the dead. They were taken to an airport hangar to wander among long rows of dark wooden coffins, and a line of five little white coffins for the children. The weeping sounded like a howl of despair for a generation fated to live in a country where hope for a better future had been banished. It was a cry for help.

As people gathered in the main streets of Asmara after the shipwreck to view photos of the dead, the police arrived to disperse the crowd, but not before making a list of those who attended.

“Nobody will come to save us,” said a 30-year-old teacher I met on my way to Asmara in May, who asked not to be identified. At one time, she said, she worked for European NGOs, but these organizations were expelled by the government in 2006. President Afewerki denies that the country needs any aid or assistance from foreigners.

“Isaias keeps isolating our country so that nobody can see what happens here,” the teacher told me.

State workers earn an average monthly salary of 500 nakfa (about $15 at the black market rate) and represent cheap labor for both the public and private sectors, especially in mining and construction, where Chinese investments are growing. Many Eritreans rely on informal work to feed their families. In Massawa, once a major port on the Red Sea, Awate Tsegay rents his car to foreigners and hopes to earn enough money to cross the border and join his brothers in Sudan.

“Military officers ask up to $1,000 per person to hide you in a car so that you can get through safely,” he said.

Once in Sudan, Eritreans avoid the police and take any job available, until they can hire a trafficker to take them to Libya or Egypt, where they can attempt the sea crossing to Europe. The desert crossing is perilous, and many refugees fall victim to torture and organ harvesting.

Meanwhile, President Afewerki, who has ruled for 20 years, still plays the role of the victim. He uses the pretext of the border conflict with Ethiopia to justify tight control over his people. European Union diplomats have expressed concern about the systematic violation of human rights. But if Europe were serious about addressing the causes of the exodus from Eritrea, it would put more pressure on Mr. Afewerki to loosen his grip.

Likewise, the international community has done little to resolve the border conflict. Even less has been done to support Eritrean opposition forces, which could challenge the generals and set the country on the path to democratic elections. But the Eritrean opposition is fractured and presents little threat to the Afewerki government.

“The most active democratic groups are based elsewhere, in Sudan or Europe,” says Valentina Fusari, a researcher in Asmara. Smaller ethnic groups of dissidents are in exile and too disorganized to be an option.

At this stage, without a coordinated effort by the opposition, the dictatorship will keep perpetuating terror and forcing its people to choose between the loss of their freedom if they stay, or a potentially deadly journey if they leave.