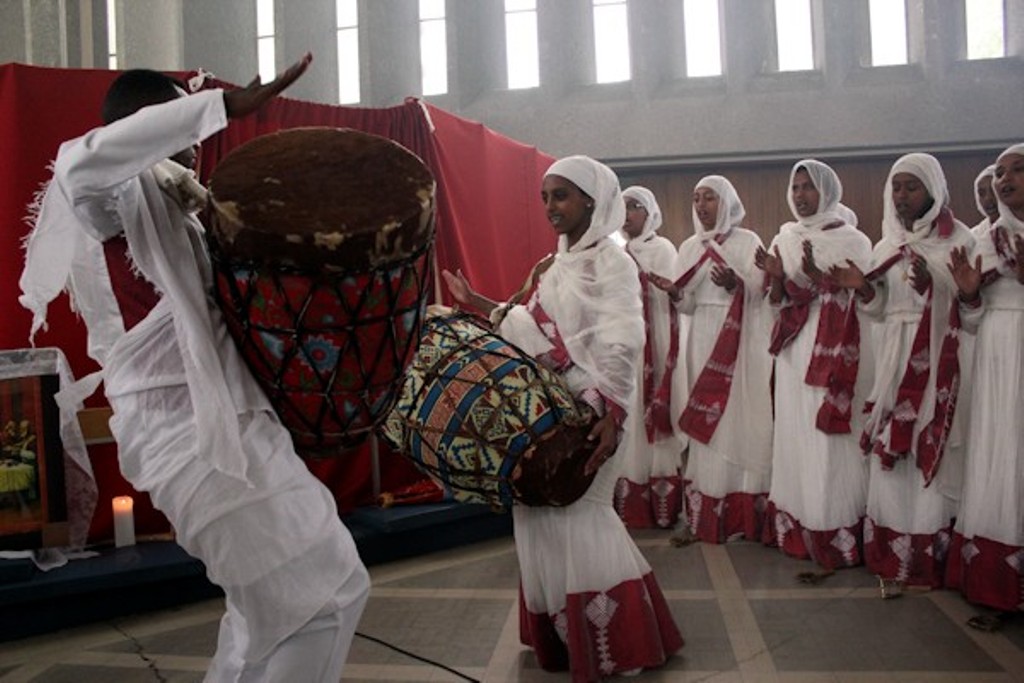 Asmara (HAN) January 23, 2015- Public diplomacy and Regional Humanitarian security News.  This month, January, 2015, marks the eighth anniversary of the deposition and house arrest of the removal of Eritrean Orthodox Patriarch Abune Antonios from his position as head of the Eritrean Orthodox Church.  Abune Antonios (born July 12, 1927) was the third Patriarch of the Eritrean Orthodox Tewahedo Church. He was forcefully deposed by the Eritrean government in 2007. Antonios was born in July 12, 1927 in the town of Hembrti, north of Asmara in the province of Hamasien. His father was a priest and he gave two of his children as a gift to the Monastery of Abune Endrias (Andrews). Both children grew up…

The statement says Abune Antonios “suffers from severe diabetes and deteriorating health and has been denied medical assistance.” The Commission calls on the Eritrean government “immediately to release Patriarch Antonios and the more than 2,000 people imprisoned for their religious beliefs”

The USCIRF Eritrean authorities removed Patriarch Antonios from his church position on January 13, 2006 for his refusal to comply with government orders to excommunicate 3,000 parishioners and for his call to release political prisoners.

A year later, on January 20, 2007, the authorities confiscated Patriarch Antonios’ pontifical insignia, and on May 27, 2007, illegally replaced Patriarch Antonios with Bishop Dioscoros of Mendefera, forcibly removed him from his home and placed him under house arrest at another residence. Since 2004 the US State Department has The USCIRF has designated, Eritrea as a “country of particular concerns” (CPC), for its “systematic, ongoing and egregious” violations of religious freedom.

The Government allows only four religious communities, the Orthodox Church of Eritrea, Sunni Islam, the Roman Catholic Church, and the Evangelical Church of Eritrea, and maintains tight controls over their internal operations and activities.  No other religious group has been approved and they are therefore unable to hold public religious activities. According to USCIRF, and other bodies, religious prisoners are subject to torture and beatings and are pressured to renounce their faith. Released religious prisoners have reported being confined in 20-foot metal shipping containers or underground barracks and having endured extreme temperature fluctuations.

In UK: This congregation remains loyal to the Patriarch, whom it continues to pray for in the diptychs and were also expressed to Abba Seraphim