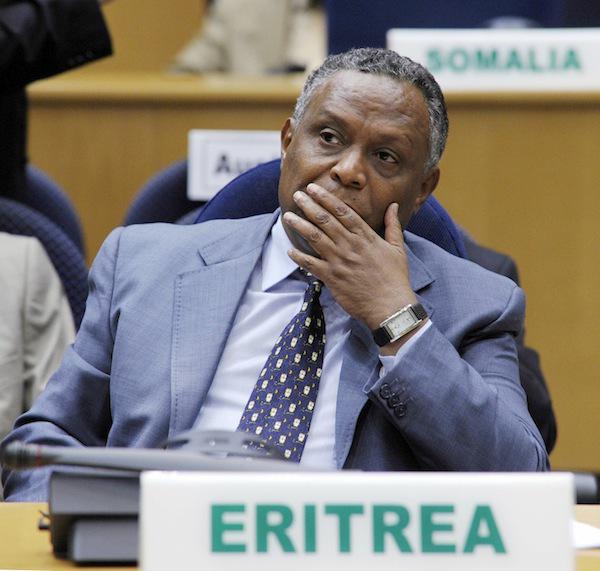 New York (HAN) June 13, 2015 – Public Diplomacy and Regional Security News. By Louis Charbonneau. Eritrea  denied that it subjects its citizens to indefinite national service or kills people trying to flee the country, two of the most serious allegations among the findings of a year-long United Nations investigation.

The 484-page U.N. Commission of Inquiry report, published earlier this week, said the government of Eritrea may have committed crimes against humanity, including extrajudicial killings, widespread torture, sexual slavery and enforced labor.

The Eritrean Foreign Ministry later dismissed the U.N. findings as “indecent hyperbole,” but did not address specific allegations.

In a telephone interview with Reuters, Asmara’s U.N. Ambassador Girma Asmerom rejected the idea that people in the country’s national military and civil service could become virtual slaves.

National service is supposed to last 18 months, but the commission spoke to one witness who fled after 17 years. Witnesses reported people being executed for trying to avoid being drafted into service as recently as 2013, it said. Asmerom said such allegations were not true.

“There is no such thing as indefinite national service,” Asmerom said, adding that this specific allegation was one of several “lies” in the commission’s report.

But he acknowledged that citizens are conscripted to work in the national service.

“There is deployment,” he said, because of the “indefinite occupation” of Eritrean territory by Ethiopia. Asmerom added that people were paid an allowance and not forced to participate indefinitely.

Eritrea wants Ethiopia to pull its troops out from disputed territory before normalizing ties, citing a decision by a boundary commission at The Hague which awarded the village of Badme to Eritrea in 2002. Ethiopia says the row over border demarcation can only be resolved through a negotiated settlement.

Asmerom also denied that people trying to flee the country were shot dead.

“That is another lie,” he said. “There is a shoot-to-kill policy? Where did they get this?”

“When I read that, I normally laugh,” he added. “It is a sound bite. These kind of sound bites have been going on for the last 10 years because the goal is regime change.”

He also defended Asmara’s decision not to cooperate with the commission, saying it was biased and had found Eritrea guilty before looking at evidence. He noted that Eritrea had cooperated with “neutral” British and Dutch officials on national reports, but not the United Nations. Sources, UN, Eritrea Media and Reuters.