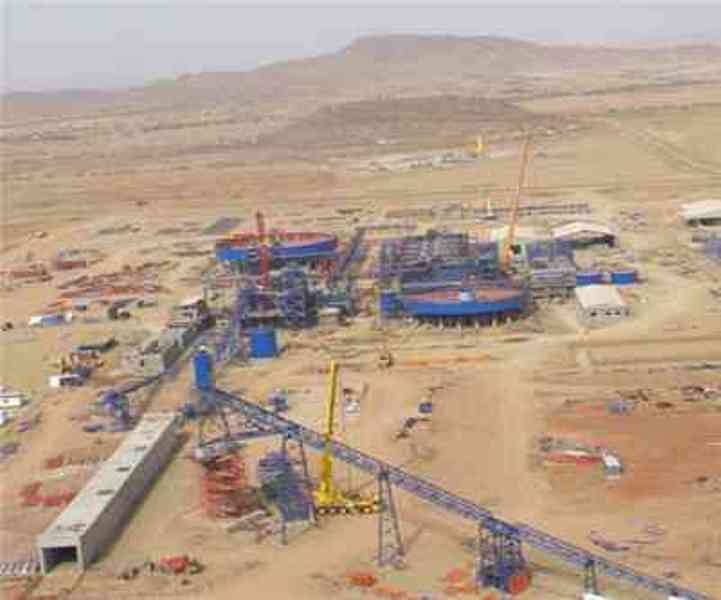 TSX- and NYSE MKT-listed Nevsun Resources, which is focused on extracting copper from its 60%-owned high-grade Bisha copper mine, in Eritrea, on Monday said it was “excited” about continued positive drilling results at the Harena deposit, located 10 km south of the Bisha mine and processing plant.

BMSC had to date completed about 15 000 m of the 25 000 meter planned diamond drilling programme. If the 2012/13 drilling programme was anything to go by, when it lifted Bisha’s total contained copper resources 22% to 1.4-billion pounds, then this year would prove no different.

The company had set aside between $10-million to $12-million for exploration this year.

Nevsun said that Bisha Mining Share Company (BMSC) geologists were attracted to the possibility of expansion owing to the extensive, highly altered felsic volcanic footwall unit that might indicate a large, strong mineralising system being present.

Drilling to the north and, in particular, to the south had been encouraging, according to the Eritrean President Isyas Afwerki.

Another drill hole further down in the footwall returned a gold–rich sulphide stringer zone grading 7.64 g/t Au and 140.1 g/t Ag over 8 m. Similar gold–rich stringer zones had been intersected previously at Harena, however, they had not been as wide as that encountered in hole HX-006.

At Harena South, the deposit appeared to be increasing in thickness at depth to the south, was still open and the associated footwall alteration remained strong.
The zone was flattening and had shallow dips at about 200 m depth and the grades encountered to-date were on average higher that the current resource grade. All the mineralisation discovered to-date was outside of the current resource volume.

Nevsun said that drilling was on-going and it would continue in its efforts to expand the deposit.

Harena’s north end had also only seen limited exploration. Hole HX-004 at the north end of the deposit returned 10.45 m grading 2.3% Cu, 0.91% Zn, 1.3 g/t Au, 42.9 g/t Ag in primary massive and stringer sulphides. This was one of the more copper-rich intersections to-date at Harena and further drilling to the north of the deposit would be completed shortly to follow-up this promising result.

In June, an airborne versatile time domain electromagnetic geophysical survey was completed over the entire Mogoraib River Exploration Licence, the Bisha Mining Agreement area, and the Harena Mining Licence. The results of this survey were currently being assessed and would be followed-up later in the year.

Other geophysical surveys were also in progress and consisted of ground and borehole transient electromagnetic surveys.

Nevsun last month reported net earnings for the three months ended June 30 of $ 30.5-million, or $0.15 a share, nearly double that recorded for the first quarter, as copper-in-concentrate sales soared 51% to 51.5-million pounds. Revenues of $169.2-million were also, in part, boosted by a higher realised copper price of $3,21/lb, up 6.5% sequentially.

The Bisha mine produced low-cost gold/silver doré until mid-2013 when, through a $110-million copper expansion, throughput expanded to 2.4-million tonnes a year and the product switched to copper in concentrate. Later in the mine life, flotation capacity would be expanded again to also produce zinc concentrates.

Nevsun’s TSX-listed stock was on Monday trading slightly higher at C$4.25 a share, having gained 15% since the start of the year.