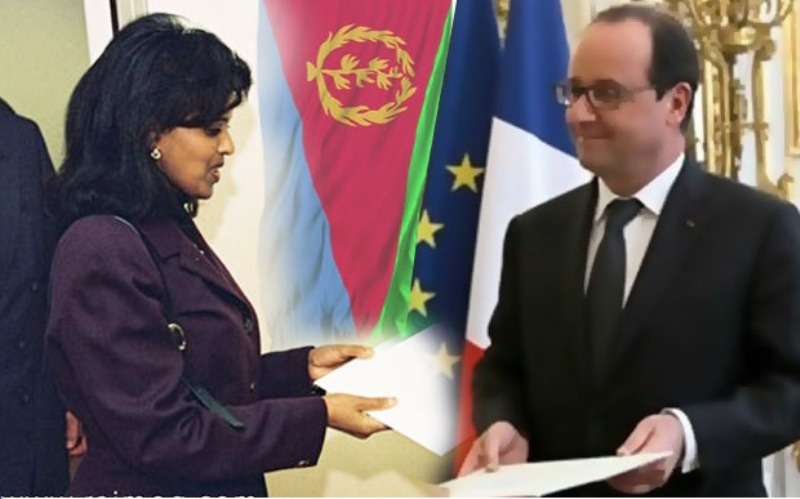 Paris (HAN) August 18, 2014 – Envoy and Diplomats news. The new Eritrean Female Ambassador to the republic of France, Ambassador Hanna Simon, has presented her credentials to the Director General of UNESCO, Ms. Irina Bokova, as Eritrea’s Permanent Representative to the specialized UN agency.

During the presentation ceremony, Ambassador Hanna Simon is actively engaged in the implementation of the Millennium Development Goals, and that gratifying achievement has been registered to this end. She also pointed out that the nation is exerting stepped-up endeavors to promote education to all citizens.

The Eritrean Ambassador  Hanna Simon indicated that Eritrean experts are finalizing studies to irrefutably identify permanent cultural and natural relics in the country, and thereby ensure their registration in the world record of heritages.

The UNESCO Director General on her part commended Eritrea’s endeavors to promote education for the general public, eradicate illiteracy and promote gender equality, among others.

News for news link with article: