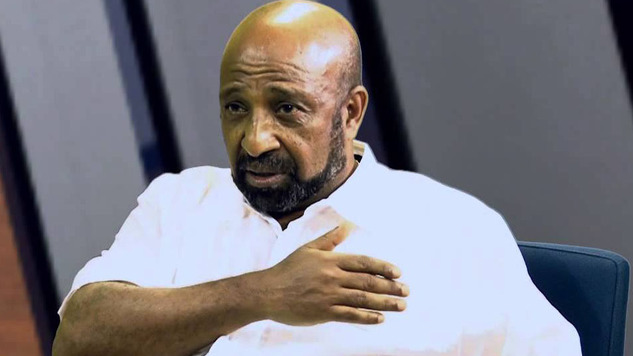 Asmara (HAN) 27 April, 2017 – Public Diplomacy & Good Governance Opinion, By Yohannes Anberbir. Ethiopian Prime Minister Hailemariam Dessalegn hinted that a new policy direction might be in the pipeline to replace the existing policy towards its arch foe, Eritrea, which has resulted in the protracted “No War No Peace” situation between the two neighboring countries.

At a press conference he held on Wednesday with local journalists, Hailemariam said that his government has already finalized drafting the new policy direction regarding Eritrea and that it is expected to be tabled before the Council of Ministers very soon.

According to commentators, the policy of containing and isolating Eritrea, which has been adopted by Ethiopia after the end of the war, has been effective in targeting and crippling the Eritrean regime. However, it seems that the Eritrean leader have survived all the measures taken by Ethiopia and the international community, including the tough UN economic sanctions, according to the commentators. PM Hailemariam denounced this saying that his government is always determined to bring peace with Eritrea and beyond in the Eastern Africa region.

“We have been working tirelessly to bring peace between the two states but nothing has been achieved so far owing to the nature of the Eritrean regime,” Hailemariam told the press on Wednesday.

Thus, his administration is now crafting a brand new policy that centers utterly on creating a sustainable peace, the PM said.

In a related news, the PM spoke about Ethiopia’s concern owing to the Gulf Countries growing military presence in to the Red Sea area and towards the Horn of Africa.

The ISIS movement in Syria and the chaos in Yemen, which involves the Houthis, Al Qaeda and Al Shabaab in the Indian Ocean and Horn of Africa are currently a concern to the whole world.

The Gulf countries are now increasing their military presence in the Red Sea and they are now pushing towards the Horn which Ethiopia is very skeptical of, the PM said.

“We know that these countries are friends of Ethiopia or at least they don’t have problems with us,” he said. “Therefore, Ethiopia will foster cooperation with the GCC countries,” he said.

According the PM, Ethiopia will design a short-term foreign policy towards the Gulf as the situation is changing in this region.

Saudi Arabia and the United Arab Emirates (UAE) are fighting the Houthis in Yemen from a military base in Eritrea. Furthermore, the UAE has already reached an agreement with the de facto state of the Horn, Somaliland, which allows the former to establish its naval base at the port of Berebera.

Last week, Workneh Gebeyehu (PhD), minister of Foreign Affairs, announced plans to open an embassy in Oman after closure of the Ethiopian embassy in Yemen, which served countries in the region.

Photo: An adviser to the Ethiopian prime minister told reporters that, Berhanu group are militarily weak