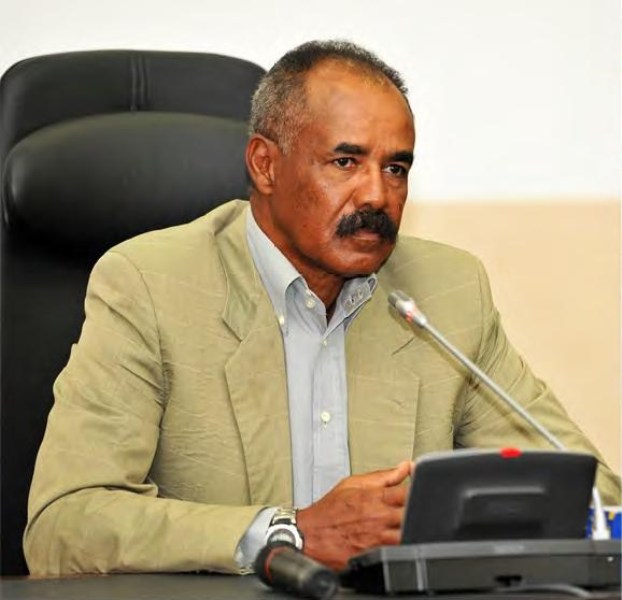 Asmara (HAN) January 25, 2015 – Public diplomacy and the Horn of Africa Intelligence file news. Against the backdrop of complicated Horn of Africa border issues and intricate developments in Eritrea, and the rush of Humanitarian issues, President Isaias Afwerki remains a powerful figure in the political fray.

The United States official in the region denied delivering any threats to President Isaias Afwerki over what Washington suspects is his role in destabilizing Southern Somalia with Al-Shabaab militant support.

Last year, the Eritrean opposition official said Washington had delivered the ultimatum ahead of sanctions that the U.N Security Council is expected to impose on President Isaias Afwerki in line with requests by former Ethiopian Prime Minister and the U.S. State Department.

According to Ethiopian Satellite Television (ESAT) Some of President Isaias Afwerki’s answers:

‘in 1991, Sudan and Somalia politicians ask me to break up, weaken and dismember Ethiopia. I said to them, “If Ethiopia ‘burns’, the region will go down with her. You don’t burn your neighbour house”.’

“Ideologically and intellectually, Ethiopian People’s Revolutionary Party ኢሕኣፓ (EPRP) and All-Ethiopia Socialist movement መኤሶ (MEISO) were better than TPLF. But we disagreed in one thing. In how to unite the struggle.”

“We had to teach Woyane about Ethiopia. They were clueless about the people and history of Ethiopians.”

“We would like to see Ethiopia’s past glory back again. It is fundamental to the region stability.”