Home Eritrea Eritrea: Eritreans Never Give up Until the Finish Line 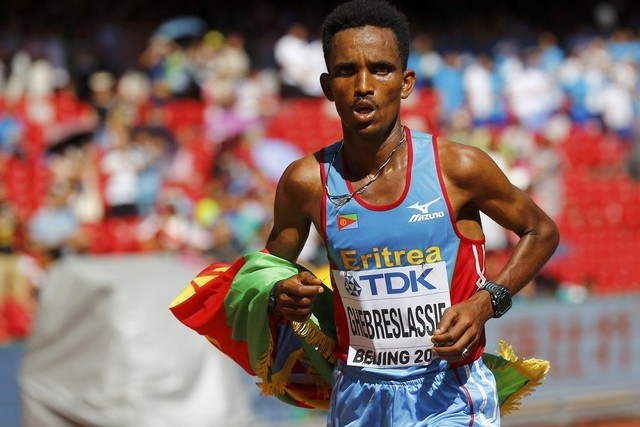 The opening day of the worlds in Beijing will later see sprint rivals Usain Bolt and Justin Gatlin square up in the 100m heats while Mo Farah takes a shot at 10,000m history.

After a build-up marked by controversies over doping, competition finally got off to an early start when Uganda’s Stephen Kiprotich defended his marathon title.

But in hot, clear conditions, Kiprotich could only finish sixth as 19-year-old Ghebreslassie took the lead from Lesotho’s Tsepo Ramonene Mathibelle on the 36km mark and saw off pressure from Ethiopian Yemane Tsegay for a memorable win in 2hr 12min 27sec.

“I am so proud of this victory. This is my first gold medal in my first marathon championship,” said the Eritrean, crowned the youngest ever world marathon winner in just his fourth race.