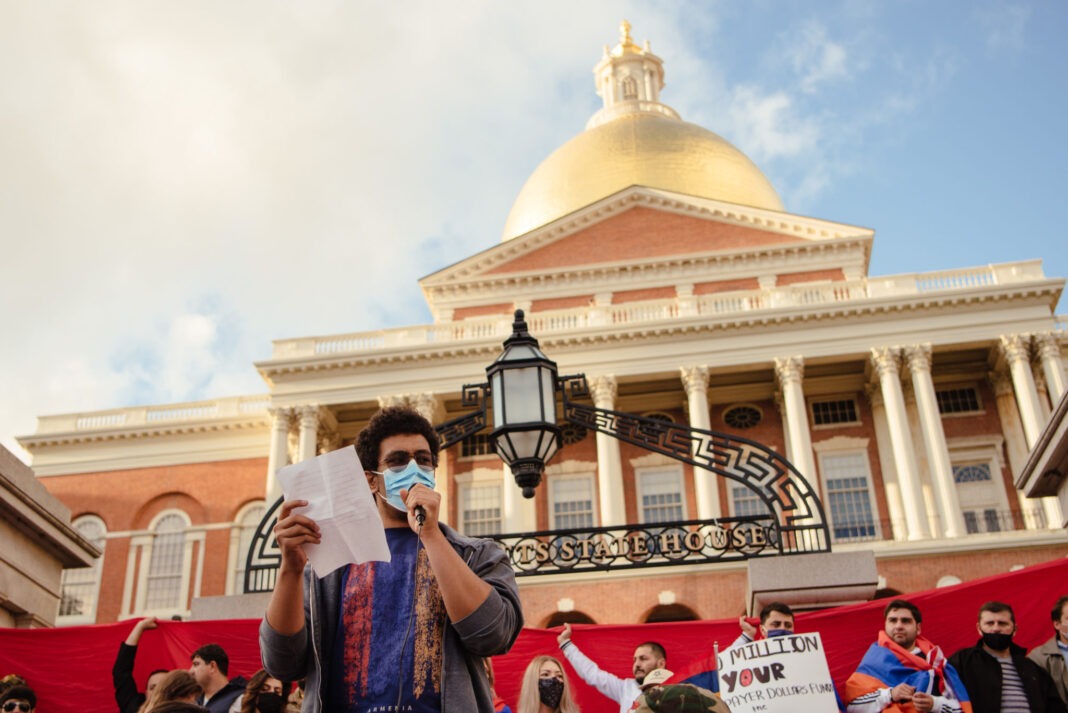 Asmara (HAN) 30th October, 2020. Regional Security updates. Eritreans condemned the humanitarian issues  and shows it to assist efforts to ease tensions between Armenia and Azerbaijan about the Nagorno-Karabakh conflict, but it fell short of expressing its full support for the Armenian just cause about the so called Artsakh statehood and failed to express explicit support for the Armenian people, according to Eritrean community in Yerevan.

The Eritrean presidents telephone call with Armenian leader reaffirmed the strong bonds of friendship between Eritrea and Armenia people, condemned loss of lives, and expressed Eritrea’s readiness to assist efforts for immediate de-escalation in Nagorno-Karabakh issues.

According to the Eritrean diplomat in Paris, “We have been monitoring with great concern the escalating tension in the Armenia and Azerbaijan region, which has resulted in a humanitarian catastrophe in Nagorno-Karabakh.”

“We call on all sides to exercise restraint, cease hostilities immediately and return to the negotiation table in the context of the Minsk Group,” the Eritrean diplomat told HAN reporter in Paris and he  added that the “peaceful resolution of disputes within the context of international law is the only path to regional security and stability. We expect every action and every statement by the sides involved and by third parties to adhere to this rationale, so as not to exacerbate tensions.”

The Europen Eritrean social media users condemned what they describe as the “sitting on the fence” approach by Asmara regime, instead of helping Armenia and its just cause.

They point that the press release by the Foreign Ministry has failed to express explicit support for the Armenian people, with whom Eritrea have had very close, historical ties over many centuries including during the EPLF armed struggle against Ethiopian Derg regime led by Col. Mengistu haile mariam in Addis Ababa.

Eritreans have joined Armenians demanding justice and the international recognition of the genocide that massacred millions of Armenians, during the Ottomans. One such event was the large Boston rally last week October 2020.  CopyRight @ Geeska Afrika Online

Copyright . The Geeska Afrika Online article was produced by HAN News while it was part of the IGAD2020 Regional Security Watch  for the Coordination of regional security initiatives and diplomatic  Affairs. Please send queries on copyright or liability to the han@geeskaafrika.com