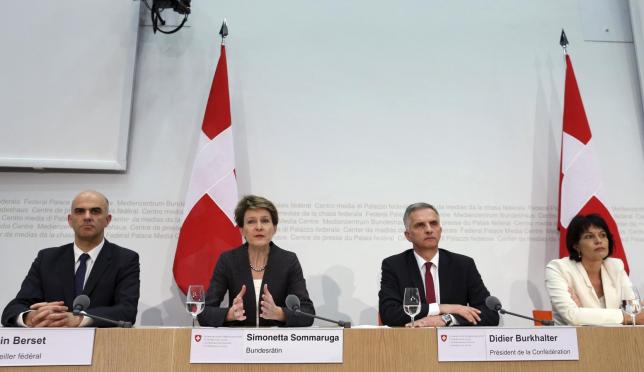 A letter addressed to Sommaruga by Guido Graf, a member of the conservative right Swiss People’s Party in Lucerne’s cantonal government, on Tuesday stated that “the difficult economic situation and the threat of military service” for young Eritreans – even if they face “difficult prospects” – does not justify granting them refugee status and implementing an “overly generous” policy.

Sommaruga, who answered questions from journalists during an annual walk-about in Bern, said the letter was based on the false assumption that Eritrean asylum seeker are automatically recognised as refugees.
Eritreans make up the largest national group of asylum seekers to Switzerland, with 6640 Eritreans having been granted refugee status in 2014. Only two other European countries had accepted more Eritreans: Germany, with 13,200 and Sweden, with 11,500.

Veronica Almedom of the Geneva-based group Stop Slavery in Eritrea told swissinfo.ch that Graf’s argument is “based on a few elements and it is certain that if he understood the situation in its entirety, his comments would be different”.

Almedom, who is Swiss of Eritrean origin, emphasised that “no one who would risk crossing the Mediterranean would do so for the sake of just making a little more money. We are looking at crimes against humanity, which are widespread and systematic”.

“It is not right to make this into a political game… and to use it for political reasons, to win votes, in order to appear popular,” she said.

Meanwhile Sommaruga said that while conflicting reports existed on Eritrea, it was generally agreed that Eritrea is a dictatorship, in which not even the Swiss-run International Committee of the Red Cross (ICRC) has access to prisoners.
“That is why not a single European country sends people back there,” she added

Photo:Justice Minister Simonetta Sommaruga says there is no question of regularising the situation of illegal residents