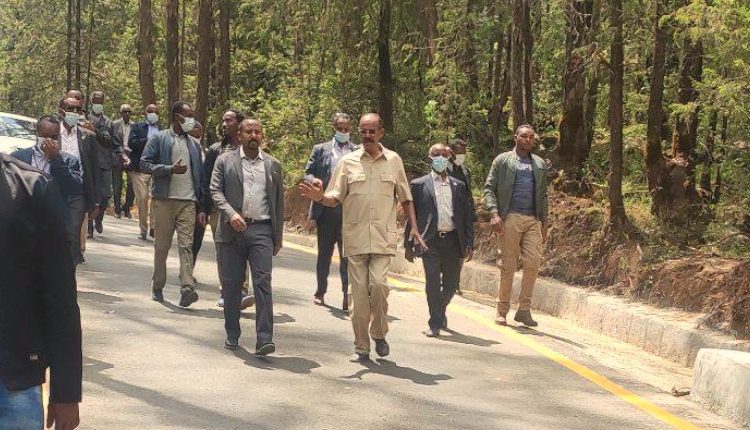 According to Ethiopian Broadcasting Corporate, the Eritrean President has visited the Entoto Park Project twice, during its beginning stage and mid phase so far, and he is visiting the site for third round after its inauguration.

Prime Minister Dr Abiy Ahmed has inaugurated the Entoto Natural Park Project on October 10, 2020 in the presence of high ranking government officials, members of the diplomatic community and public figures.

The Entoto Natural Park is one of the greenery and beautification mega projects inaugrated in Addis Ababa Next to Unity and Friendship parks in the capital.