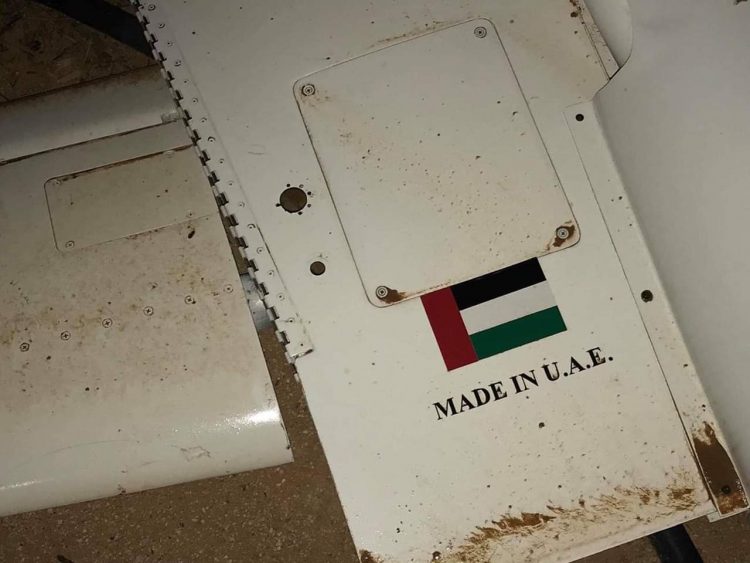 Ethiopia’s Prime Minister Abiy Ahmed declares that the war in the Tigray Region has entered its “final phase”.

The conflict broke out on November 4 when the country’s central government accused the region’s local authorities of holding “illegal” elections and seizing a military base. Thousands of civilians have fled to neigbouring Sudan as the federal army advances towards the regional capital of Mekelle.

Tigray politicians have claimed that they are under attack “on several fronts” — including neighbouring Eritrea, with which the region shares a long border. As Regional President Debretsion Gebremichael recently told Reuters, “our country is attacking us with a foreign country, Eritrea. Treason!”

Getachew Reda, a senior advisor to Gebremichael, made more detailed claims about the use of drones:

The Ethiopian Prime Minister has only stated that the Air Force conducted ‘targeted strikes’  against the militants without specifying the weapons used.

Could Emirati drones, other drones or piloted aircraft have been used in these airstrikes?

The imagery, provided by Planet Labs, shows a drone with a wingspan of just over 20 metres, matching the features of the drone model produced by China’s Chengdu Aircraft Industry Group.

The UAE acquired Wing Loong II drones in 2017. They have also used the drones to conduct operations in Yemen in the war against various militant groups, including the Houthis. 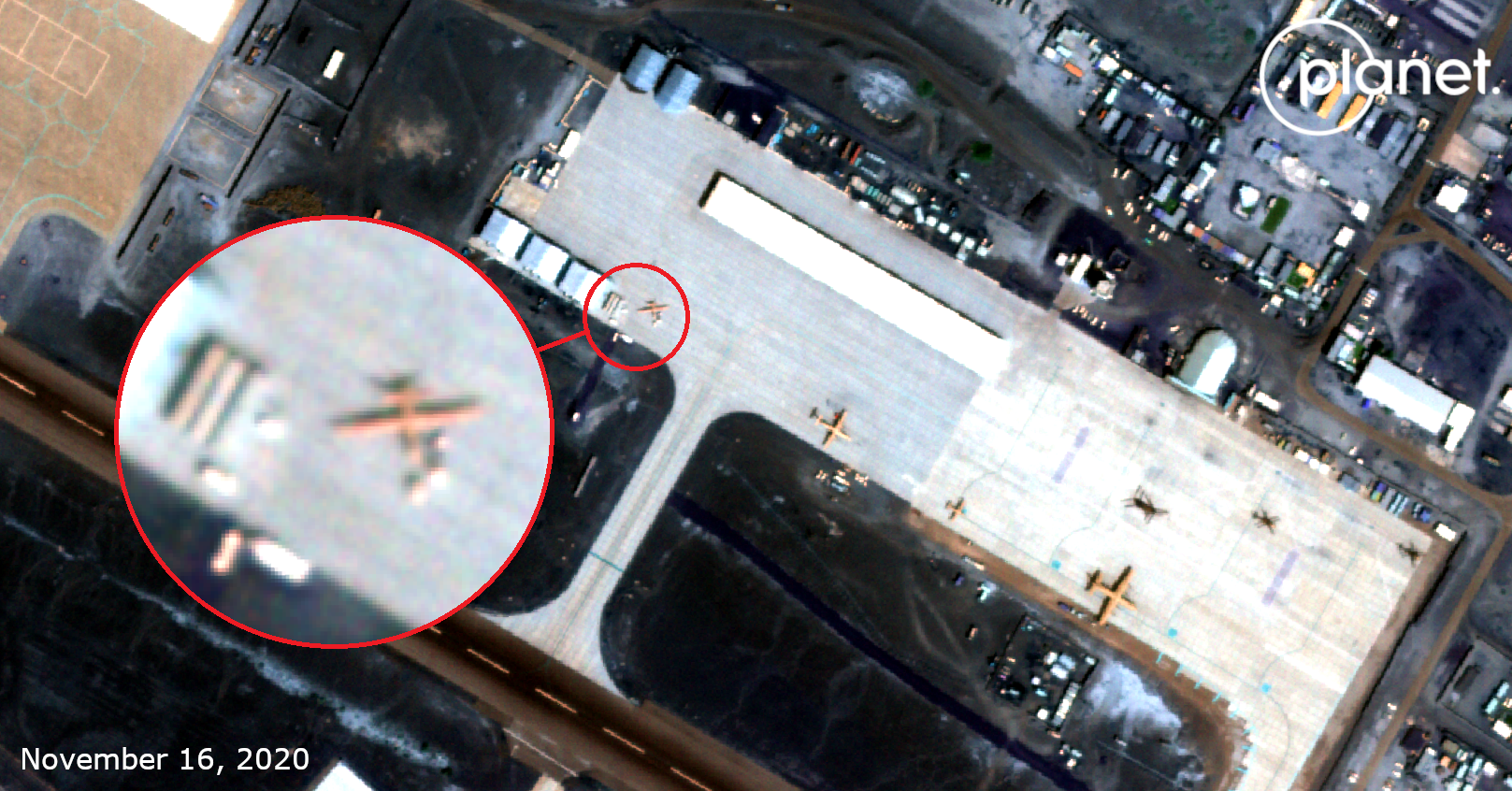 The drones seen in these images are consistent with those operated by the UAE. Furthermore, the recently built drone hangars at the base suggest a larger presence of drones in the area, though their active deployment over Ethiopia is not yet confirmed. However, the imagery provides a strong indication of the possibility for their use. However, the Ethiopian Air Force also operates Russian-made MiG-23 and Sukhoi-27 jet fighters and attack helicopters that could also have been used in the strikes.

Footage uploaded via Facebook and shared Deutsche Welle’s Amharic-language service indicated that jet fighters have been active around Mekelle, where they are claimed to be involved in airstrikes:

The birth of a drone base

Drones aren’t new to this region. In 2015, what is likely a Chinese-produced Wing Loong I drone was spotted at the Assab airbase. This model is the predecessor of the Wing Loong II, which only entered service after 2018.

In 2016 an analysis by Stratfor detailed the construction of the base and its growth for both aerial and naval capabilities, providing the UAE with operational capability for its campaign in Yemen. Once again, satellite imagery shows a Wing Loong I drone standing outside two drone shelters at the north side of the tarmac. 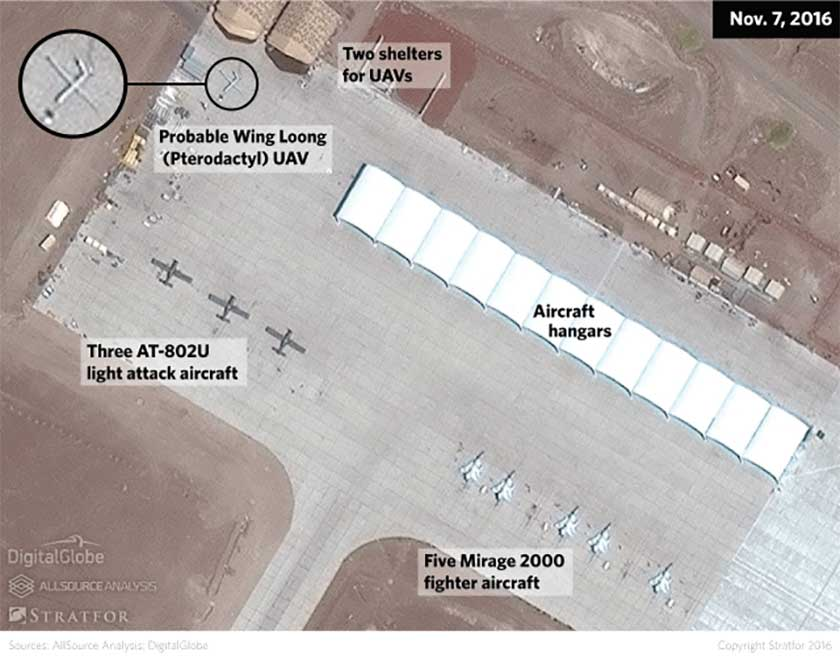 A Sentinel-2 timelapse of the base comparing January 2017 with November 2020 reveals the large scale expansion of the base’s infrastructure.

Two drone hangars were constructed sometime in April 2018, but in November 2019, a third hangar appeared on Sentinel-2 imagery.

The construction and lease of the base to the UAE by Eritrea has been condemned by the UN Monitoring Group on Somalia and Eritrea as a violation of the UN arms embargo on the two Horn of Africa states.

The current Planet Labs imagery also shows three crates next to the hangars at Assab Airbase, which could be evidence of shipping. Similar crates are used for the US-produced MQ-9 Reaper drones, as shown in an image released by the British Ministry of Defence.

According to the Twitter OSINT investigator Obretix, similar containers have also been noticed at other bases with confirmed Wing Loong II drones, such as in Egypt:

Furthermore, similar crates are visible on satellite imagery from this airbase in Iraq, which hosts US MQ-1 Grey Eagle and MQ-9  Reaper drones:

The UAE have also operated Wing Loong II drones over Libya in support of the opposition Libyan National Army (LNA) lead by the warlord Khalifa Haftar. According to the UN, at least 800 drone strikes in support of the LNA had taken place by November 2019, some of which had claimed civilian casualties. Satellite imagery confirms their presence on bases both in Libya as well as in Egypt.

The UAE also operates the US-produced General Atomic Predator XP unarmed drones. Moreover, the outgoing Trump administration has just approved the sales of MQ-9 Reaper drones to the UAE, provoking protest from human rights groups due to the Emirates’ poor human rights record and the relentless airstrikes by a Saudi and UAE led coalition in Yemen, which has caused high numbers of civilian casualties.

There are also media reports that Ethiopia has procured Chinese CH-4 armed drones, yet so far no open-source confirmation has been found which might indicate the presence of drones at known bases of the Ethiopian airforce. However, other clues could take the form of information from communications stations or satellite imagery showing the aforementioned shipping containers, as explained here by the Bard Center for the Study of the Drone.


In sum, the claims made by the Tigray forces are not impossible, but so far they seem improbable.

Satellite imagery confirms the presence of Chinese-produced drones at the UAE’s military base in Assab, but that is all it confirms. There is currently no further evidence that these same drones have been involved in operations in support of the Ethiopian airforce, though there have been confirmed sightings of Ethiopian jet fighters in the conflict zone.

Wim Zwijnenburg is a Humanitarian Disarmament Project Leader for PAX.  He works on conflict and environment related issues in the Middle East, the use and proliferation of emerging military technologies and arms trade @wammezz