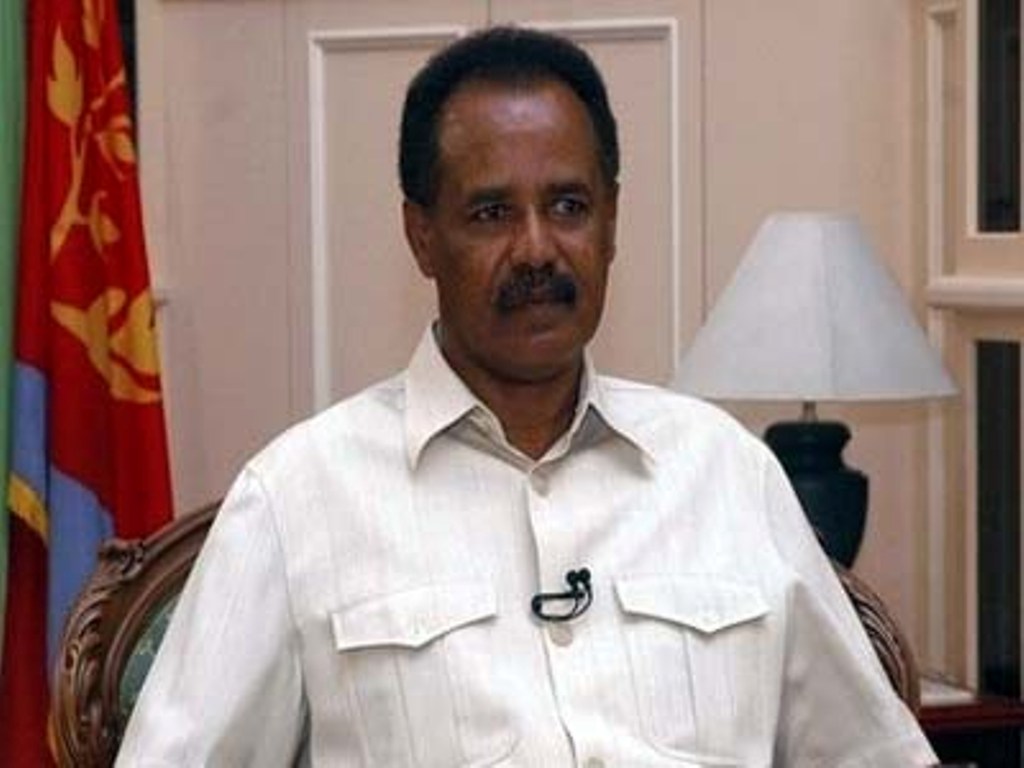 Asmara (HAN) October 27, 2014. Public diplomacy and Regional Security Industry Tracker news.   The government of Eritrea still maintains it has nothing to hide from SEMG and is a victim of a conspiracy. Given that SEMG reports appear to give Eritrea a ‘clean bill of health’ on Al-Shabaab, it has not lifted SEMG’s persona non grata status. Instead, Eritrea has gone on the offensive against the UN’s SEMG. A recent episode has been Eritrea’s hostile action against SEMG in engineering the sacking of the Group’s expert, Dinesh Mahtani days before the Group’s report was to be presented to Sanctions Committtee. All this clearly reeks of the same conspiracy Eritrea attempts to sell the world it faces as a State.

Over the years SEMG has been unable to conclusively prove the State of Eritrea maintains a credible link to Al-Shabaab in violation of United Nations resolutions. The most the UN monitors have been able to achieved were its damning findings in 2011 that Eritrea had overtly supported Al-Shabaab from its embassy in Nairobi (but this was prior to the passage of Security Council resolution 1907).

Reports of Mahtani’s sacking (some also claim he resigned) first broke via the suspicious Eritrean-funded blog “Inner City Press” on 7 October 2014. On the blog, it claimed Mahtani had been fired for issuing a “regime change” letter on UN letterhead (see, www.innercitypress.com/semg6scandalicp102414.html). This act apparently exceeded Mahtani’s authority as a technical expert. United Nation Experts have no political mandate, according to UN watchers, and Mahtani’s letter was “too political.”

Reading Mahtani’s letter one does see how the official got into trouble but it still begs the following questions:

How did Eritrea land its hands on a UN confidential letter and what interest would Eritrea have in using the letter to engineer Mahtani’s firing?
Why the letter leaked to an Eritrean funded blog?
Why have the mainstream media and serious blogs refused to carry the Mahtani ‘story’?

According to the contents of Mahtani’s letter, it was issued on behalf of one Ali Abdu, a former senior Eritrean official who had defected from the Eritrea. Unconfirmed gossip from the Eritrean community in Nairobi claim Ali Abdu was cooperating with SEMG and had simply asked for a commendation letter acknowledging his assistance to SEMG. Assuming this is true, one can safely concluded Ali Abdu couldn’t have handed Eritrea intelligence a copy of his commendation letter.

A more plausible explanation is that Mahtani’s and possibly other SEMG members’ email accounts were compromised Eritrea intelligence agents posing prospective sources. According to a former SEMG expert who had “resigned” in January 2014, he had been accused of being paranoid over suspicions that SEMG was being “monitored.” Judging by the leak of Mahtani’s letter, the former expert was indeed not paranoid but merely being cautious.

Mahtani’s “regime change” letter presented Eritrea a political win against its perceived enemies. As the “victim” a role Eritrea plays exceedingly well, it was able to present the letter as “evidence” of SEMG’s attempt to undermine its regime. While “regime change” is not in SEMG’s mandate, the current political and economic trajectory in Eritrea indicates a regime in free-fall and one soon to collapse. When the regime eventually breaks it will fall to regional and international actor to pick up the shattering pieces that are left of the brutal regime. In doing so, Eritrea’s rescuers will ultimately seek “transformative and transitional’ figures to steer Eritrea back to its rightful place. It’s inconceivable that regional and international capitals are not gaming out Eritrea’s inescapable implosion. The point here is that Mahtani’s letter seemed to be pointing out the obvious.

According to friends of Mahtani in Nairobi and New York, it was clear Eritrea was working hard to undermine SEMG and Mahtani personally. Mahtani was the lead investigator who in 2011 had uncovered damning evidence implicating the Nairobi embassy of Eritrea in funding, arming and training Al-Shabaab.

The reading of SEMG’s 2011 report paints a clear picture of an Eritrea State that sponsored terrorism in East Africa.

Like most ill-thought plots they are riddled with holes and glaring mistakes. Eritrea’s mistake seems to be its impatience in exploiting the “regime change” letter, and leaking it to “Inner City Press”, that finally bungled up a premeditated smearing operation by Eritrea intelligence against the UN. Open source information clearly shows Inner City Press is funded by Eritreans. The blog seemingly also acts as Eritrea’s second unofficial mouthpiece behind the indefatigable Sofia Testamariam and her conveyor-belt-like pro-Eritrea regime “articles.”

Eritrea having to resort to Inner City Press as part of its smear campaign against the UN and Mahtani is revealing of Eritrea’s current international standing, and the height of its desperation. Not one mainstream media outlet or serious blogger would pick up the “regime change” letter by Mahtani. One obvious reason must be it was a non-story and a poor attempt by Eritrea to smear the UN and one of its experts. Granted Mahtani made mistakes but the obvious manner in which Eritrea went about trying to undermine the UN was all too clear to the mainstream media who to Eritrea’s frustration have refused to air its propaganda.

Eritrea may longer be guilty of still funding, arming and training Al-Shabaab but the Mahtani “regime change” letter shows the level to which Eritrea will sully itself in order to deliberately undermine and smear the UN and one of its workers. HAN reporting notes and  Hassan Abdule