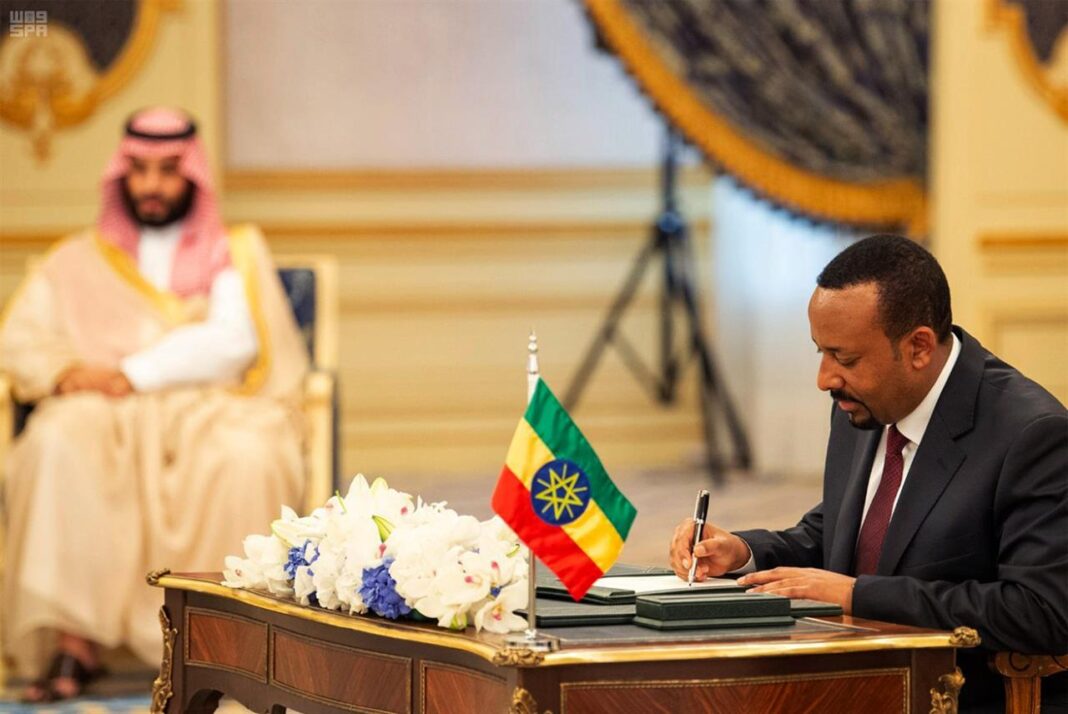 Asmara (HAN) November 30.2020. Public Diplomacy and Regional Stability Initiatives News. Monitoring Regional Issues. . A powerful voice in a global diplomatic efforts, the United States, is in disarray as the president Trump administration focuses on internal election politics after losing the November 2020 national elections and after President Donald Trump infuriated Ethiopia with comments on a separate issue this year about the Dam.

The gunboat diplomacy and diplomatic vacuum has brought Ethiopia and Eritrea, one of Africa’s most powerful states in the region, to what Amnesty International calls “the brink of a deadly escalation in Tigray.”

The conflict in Ethiopia emerges from a long and complex political history and could easily spiral further out of control. U.S. diplomacy today is under-resourced and uncoordinated, with its leadership asleep at the wheel, leaving Washington poorly positioned to help avert the emerging disaster. America’s blunt diplomatic approach to Ethiopia historically, however, would struggle to play a constructive role, too.

On November 4, Ethiopian Prime Minister Abiy Ahmed kicked off a war by sending troops into the Tigray region. Tigray is home to the Tigray People’s Liberation Front (TPLF), a well-armed political party representing an ethnic minority that makes up about six percent of the Ethiopian population. Abiy asserts that the military offensive was in response to an attack by TPLF forces on a military base, but an ongoing communications blackout complicates efforts to confirm facts on the ground, including allegations of widespread human rights abuses.

The Ethiopian government has been quick to investigate ethnically motivated attacks allegedly committed by the TPLF, including the reported massacre of 600 civilians in the town Mai-Kadra, but its access restrictions have prevented investigations into reports of government forces targeting civilians. Meanwhile, Tigrayan civilians in the capital Addis Ababa and across the country are reportedly being harassed and detained, raising the alarming possibility of a broader campaign of ethnic targeting. These concerns are reinforced by the Ethiopian government’s forceful repatriation of Tigrayan officers serving in U.N. peacekeeping missions outside the country, and fears they may face torture or even execution upon their return.

The TPLF and central government have been at odds since Abiy’s election in 2018, following the resignation of Prime Minister Hailemariam Desalegn that ended 27 years of repressive TPLF rule. Abiy is the country’s first prime minister from Ethiopia’s largest ethnic group, the Oromo. Resolving the growing political tension between the central government and the TPLF was always going to be a challenge, but a deliberate and robust diplomatic effort to press for transparent accountability and inclusion from the start would have had far better chances of success than hasty efforts now to stop the violence. Unfortunately, that has not been the modus operandi of U.S. foreign policy, under this administration or prior ones.

With the U.S. election underway, Abiy likely saw his last opportunity to pursue a violent resolution to Tigrayan defiance with minimal international pressure. American leadership here would be meaningful, but under the Trump administration, Washington has demonstrated little concern for human rights, stability, or the welfare of civilians.

A Biden administration, on the other hand, would care about all three and coordinate expertise and resources to demonstrate it. It would understand the stakes and fear a turn towards mass atrocities, given the harsh rhetoric and the conflict’s ethnic nature. A Biden National Security Council would have elevated attention to the conflict rapidly, facilitated by an NSC staffer with expertise in the Horn and an appreciation for potential impact in the broader region, from security in Somalia, where Ethiopian peacekeeping forces play a major role, to Sudan, itself in a fragile transition that could be complicated by conflict on its border and the arrival of tens of thousands of refugees.

Well before the three-week mark, policy would be coordinated at the highest levels across the interagency, with the direct engagement of the secretary of state, the national security adviser, and possibly the president himself. Under the Trump administration, there has been no policy direction, and outreach has largely been left to U.S. Ambassador Michael Raynor, whose default position has unhelpfully been unquestioning support for Prime Minister Abiy. That a National Security Council tweet calling for mediation is now lauded as escalated engagement is a sad reflection of the state of U.S. diplomacy today.

I feel confident this is how a Biden administration would respond because I witnessed a similar mobilization with many of the same players under the Obama administration when conflict broke out in South Sudan in 2013, amidst harsh ethnic rhetoric and divisions. As a U.S. diplomat in Juba, South Sudan, I saw firsthand the rapid escalation, interagency coordination, and engagement.

I also watched this approach fail. Robust diplomatic engagement is essential but not sufficient. How we engage and our history of engagement matter too. Today’s crisis in Ethiopia has brought into stark relief my question for the incoming foreign policy team: based on the staffing decisions so far, we can rest assured this team will be staffed with experienced professionals who care deeply for our country and are committed to our diplomatic capacity — but have they learned from our past mistakes? Will our foreign policy be better, not just than Trump’s, but better than the foreign policy that prevailed before that too?

For decades, our Africa policy has taken a blunt approach, quickly designating the good guys and the bad and painting each with a broad brush that demands unquestioning loyalty or enmity. This offers little room for nuance in our relationships and leaves us unprepared to engage effectively in the continent’s complex political and historical realities. For example, U.S. foreign policy is still beholden to leaders like Yoweri Museveni of Uganda and Paul Kagame of Rwanda based on the decision a generation ago to deem these rebel leaders Africa’s “new generation.” Today, the United States remains a loyal friend of both, turning a blind eye for years to their many authoritarian transgressions. Accountability, transparency, and our credibility are all casualties of this approach.

Abiy has demonstrated this point on a particularly compressed timeline. When he came to power in 2018, the United States was not alone in rapidly anointing him savior. In less than two years, he’d won a Nobel Peace Prize. We hung on Abiy all of the hopes for reform and openness that we had bottled up for 27 years while exhibiting enthusiastic support for Ethiopia’s prior repressive regime. Abiy’s early days were promising, as he released political prisoners, introduced political reforms, and made peace with neighboring Eritrea. In our enthusiasm, however, we refused to see the warning signs, as Abiy embraced many of the tools of repression his predecessors utilized, treating his political enemies as traitors, locking up critics, and obstructing transparency. These trends are easier to discourage early on, when their scale is small and the costs of a course correction much lower. The right incentives and deliberate diplomatic engagement could have gone a long way at that stage. By continuing to look away, however, we helped ensure that what began as a bad trend adapted from Abiy’s predecessor became the new government’s culture too.

America must start engaging Africa’s leaders for who they are and what they do, not who we hope them to be. We must stop being so afraid of risking access and relationships that we fail to put in the hard work to ensure those relationships work for us and help to elevate the values and conditions that promote long-term stability and prosperity. This does not mean Washington should expect to dictate the actions of our partners. Rather, it means we should be honest about the implications of their actions, even when we fail to shape them.

In the example of Ethiopia today, that doesn’t require that we abandon support for Abiy to push for a power-sharing arrangement; we can appreciate the need for a central government to defend its authority against armed actors. At the same time, however, we can remind Abiy’s government of the role its illiberal acts have played in reinforcing the political and ethnic strife that helped fuel this rebellion, and Abiy must understand there will be reputational and assistance consequences for a war conducted in violation of international humanitarian law. If Abiy is, as he claims, conducting law enforcement activity against criminals and not an ethnic group, we must press him to demonstrate that through transparency.

The Biden administration has an opportunity for a fresh start in Africa. It should set a new baseline in our relationships, grounded in honesty and transparency, treating complex friendships with the complexity they deserve, and investing heavily in the diplomatic long game to make that approach productive.

Writer: Elizabeth Shackelford,    was a U.S. diplomat until December 2017 when she resigned in protest of the administration. She served in Somalia, South Sudan, Poland, and Washington. Responsiblestate.org- Published

Opinions and Views published on HAN & Geeska Afrika Online Journal  are those of the authors, writers and contributors only.