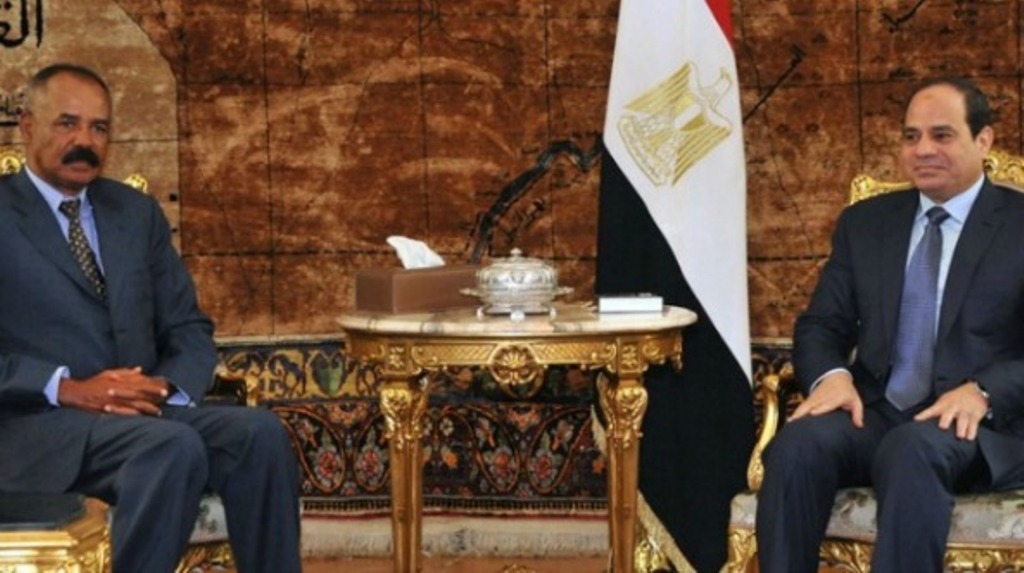 The diplomatic talks were conducted at Al Etihadia Presidential Palace in Cairo, during which the two leaders conducted in-depth discussion on ways and means of reinforcing to the highest level the existing Eritrean-Egyptian ties in the economic, social, political and diplomatic domains.

Moreover, the two leaders agreed on exchange of trade and investment between both countries, in addition to exchanging views as regards the contribution of Eritrea and Egypt in regional and international forums.

Present in the meeting on the Eritrean side were Foreign Minister Osman Saleh and Mr. Yemane Gebreab, Head of Political Affairs at the PFDJ, as well as Mr. Amin Hassan from the Office of the President, and on the Egyptian side the Prime Minister, Eng. Ibrahim Mahlab, the Foreign Minister, Mr. Samih Shukri, and the Minister of Youth and Sports, Mr. Khalid Abdel-Aziz.

It is to be recalled that President Isaias yesterday left for Cairo on working visit at the official invitation of President Abdel-Fattah Al-Sisi of Egypt.