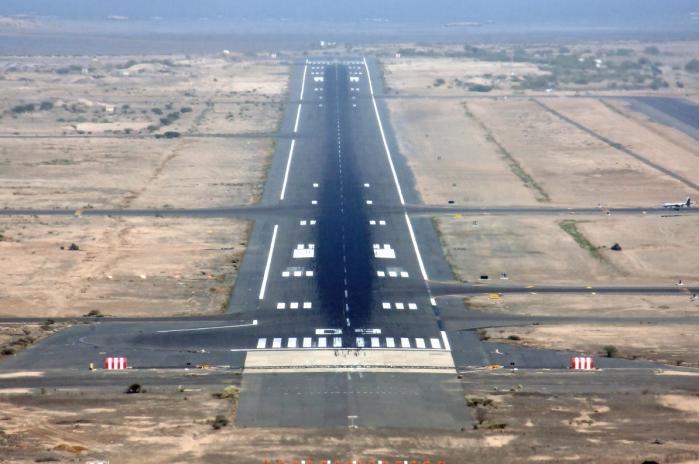 London (HAN) November 1, 2015. Public Diplomacy & Regional Security. By: Sid Lipsey. Investigators are continuing to search for the cause of the deadly crash of Russia’s Metrojet flight 7K9268 from Sharm el-Sheikh, Egypt to Petersburg, Russia.

Recent crashes in Indonesia and now a crash possibly linked to terrorist activity bring up a rarely discussed fact of air travel: Some nations may be more dangerous to fly in than others.

“Airlines are being proactive in identifying these dangerous areas even before a government puts a region on a no-fly list,” Kyle Bailey—an FAA safety representative, pilot and aviation analyst—tells Yahoo Travel. He says since a Malaysia Airlines plane was shot down over rebel-controlled territory in Ukraine last year, airlines have been paying extra attention to risky regions, and planning accordingly.

Still, he doesn’t believe airlines or governments will issue a blanket ban on any and all air travel over areas where ISIS is active. “I honestly don’t think they’d micromanage it down to that level,” he says. He added that a plane’s captain should have the option of rerouting his or her flight path around any potentially hostile area.

Air regulators have learned that air safety can vary greatly country to country — flying on a U.S.-based airline, for example, is exponentially safer than flying on one from, say, the African nation of Djibouti. Often, spotty air safety records are a regional problem more so than a national problem.

Air regulators agree: The continent of Africa is a particularly troublesome flying spot. In its five-year study, IATA found Africa had an accident rate of a whopping 12.45 per 1 million flights – more than twice as high as any other region and well above the global five-year average of 2.48. The accident rate for 2014 alone wasn’t encouraging either: 11.18 compared to the global average of 1.92. Numerous African nations – including Angola, Djibouti, Eritrea, and Sierra Leone – have been roundly criticised by international regulators for their safety issues. Airlines from all four of those nations have earned red flags from the U.N.’s International Civil Aviation Organization (ICAO) because of safety concerns over their ability to oversee their airlines. The four countries are also banned from flying in Europe, as are 11 other African nations, including Congo, the Democratic Republic of the Congo, Sudan, and Liberia.

According to IATA, the Commonwealth of Independent States (CIS), which is made up of former Soviet nations, had a five-year accident rate of 5.92. This region has been problematic for some time; in 2011, Sky News dubbed Russia “the most dangerous place to fly.” Meanwhile, Kazakhstan is on Europe’s blacklist of banned nations, and the U.N.’s ICAO issued one of its red flags to Georgia. Add the downing of Malaysia Airlines Flight 17 in Ukraine last year, and this remains one troublesome region in which to fly.

Though home to some of the world’s most luxurious and best-run airlines, like Qatar Airways and Emirates, the region as a whole has seen more than its share of troubles, including in the area of air safety. The region’s five-year accident rate was 5.43. Airlines from Afghanistan and Libya are not welcome in Europe, and Lebanon earned a red flag from ICAO.

Latin America and the Caribbean

Latin America and the Caribbean had a five-year accident rate of 3.36. The countries of Nicaragua, Uruguay, Barbados, Curaçao, and Saint-Martin each have a Category 2 rating from the FAA. ICAO has red-flagged Haiti.

This region’s 2.76 five-year accident rate is just above the global average of 2.48, but recent incidents have proven more worrisome. Nepal’s airlines aren’t welcome in Europe, and Bangladesh’s airlines are Category 2 in the U.S.

Then, of course, there was this week’s crash in Indonesia, a country that is on both Europe’s and America’s lists of bad nations to fly in. Last year, an MIT statistician told the New York Times that in the past decade, Indonesia’s plane crash death rate was 1 per million passengers who boarded – 25 times the rate in the United States.

So, what can travellers do to judge a nation’s airworthiness for themselves?

First, remember that worldwide, flying remains overall an incredibly safe way to travel. The United Nations’ ICAO says 2014 saw the second-lowest airplane accident rate since the organization began keeping track: 3.0 accidents per 1 million departures. That means that if you were to fly once a day, every day, for 2,700 years, you’d experience only three accidents. (The 2014 rate did increase from 2.8 in 2013, largely because of the Malaysia Airlines tragedies in Ukraine and the Indian Ocean.)

But you should still do your research. You can start by checking out the European Union’s list of banned or restricted air carriers. (Trigana Air is on that list.) And you can download the results of the FAA’s International Aviation Safety Assessment (IASA) Program, where the agency doles out its Category 2 ratings.

You can also check the stats yourself. “Sites like airlineratings.com are very helpful when trying to choose a safe airline in a particular region of the globe,” says Bailey.

If you must fly in these troublesome regions, doing your homework on airlines and the nations in which they operate is a prudent investment of your time. It’s hard work, but there are upsides: Not only will it help you make good flying decisions, but it’s also one of the few activities that can make you appreciate the state of air travel at home.