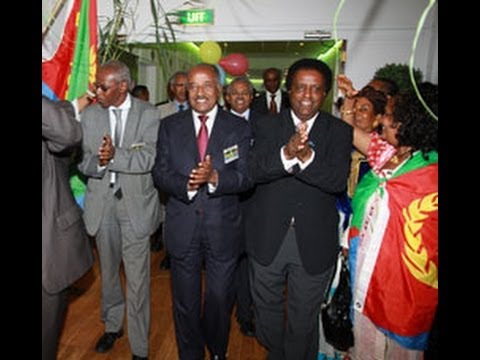 Asmara (HAN) March 20th 2014 – At a meeting they conducted by Eritrean community members with Eritrean Diplomats residing in the city of Utrecht, Holland, and its environs have asserted readiness to enhance staunch resistance against Eritrea’s external conspiracies and live up to expectations to contribute their part in the development endeavors in the Homeland. They also expressed resolve to transfer Eritrean values to their children and reinforce organization.

Speaking at the meeting, Mr. Solomon Mehari, head of Consular Affairs at the Eritrean Embassy, gave briefings focusing on the current political, economic, diplomatic and social situation in the Homeland, and called on the community members to demonstrate active participation in State affairs and transfer the values and culture of the Eritrean society to the young generation.

The participants on their part reiterated readiness to mount staunch resistance against external anti-Eritrea agendas aimed at weakening the national development drive and become beneficiaries of the investment opportunities in the Homeland.
Meanwhile: The Eritrean Ambassador to Qatar Ali Ibrahim holds talks with Qatari Minister of Economy and Industry
Asmara, 19 March 2014:- The Eritrean Ambassador to Qatar held talks with Sheik Ahmed bin Jasim Alsani, Qatari Minister of Economy and Industry.

In the course of the meeting conducted in Doha on 17 March, the two sides reached into understanding to develop the existing cooperation in the sectors of investment and trade, as well as exchange visits of concerned authorities of the two countries.