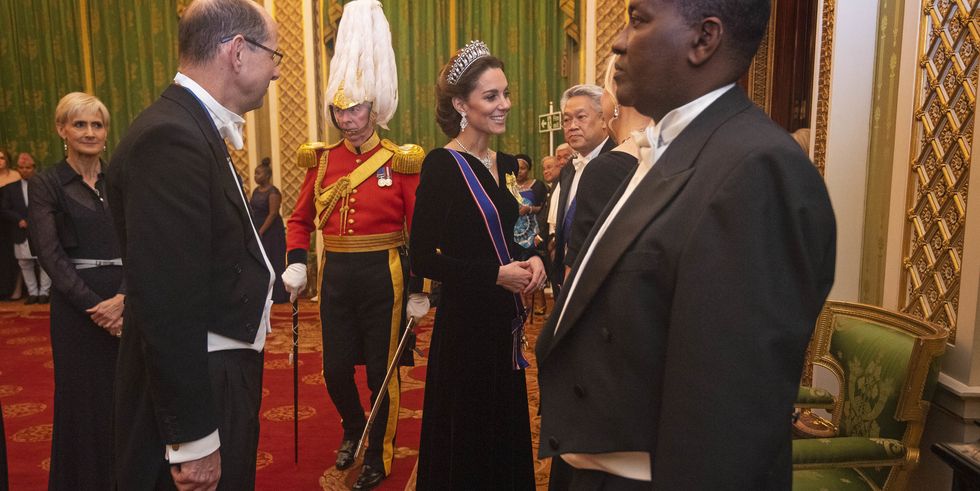 Asmara (HAN) December 12, 2019. Diplomatic Corps Reception in London with the Horn of African diplomats attended. Eritrea’s elite diplomats were a pretty uniform representation. The top 20 diplomats from the Honor corps reception are chosen for the Precision Drill Diplomats.

According to the POLITICO Playbook, the worst jailers are Eritrea, Vietnam, and Iran.”

According to BAZAAR reports, the 2019 Diplomatic Corps Reception has come and gone, but the photos taken at the glitzy event will last us until next year. Members of the royal family and guests attended the Buckingham Palace affair in full force, bringing their A game for the white tie dress code. While Queen Elizabeth looked elegantly posh in her Angela Kelly state gown and emerald drop Vladimir tiara, Catherine, Duchess of Cambridge, looked sleek and sophisticated in a velvet Alexander McQueen gown and the Lover’s knot tiara. Of course, other members of the royal family also attended, such as Prince William and Camilla, Duchess of Cornwall. Flip through to see all the best photos from one of the most high-profile events of the year.

Conference in London on ‘Building Democracy in Eritrea’

Eritrea’s athletics team for the Olympics

Ending the war for Eritrean independence (EPLF): London, England, May 31, 1991