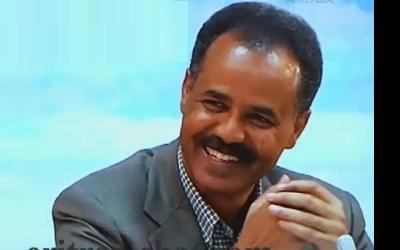 Asmara (HAN) March 26, 2015 – Press Release  and  Regional security News. A SPOKESMAN for President isyas Afwerki has denied “rumours” circulating online that the Bisha mine was bombed by Ethiopian air force.

According to Eritrea’s presidential spokesperson, “I can’t believe I’m reading this tabloid-like news on MineWeb. Bisha mine was not bombed by Ethiopia. I reing teat, no fighter jets bombed Bisha mine. Ethiopia does not have the capacity to bomb Bisha mine.”

In fact, the Ethiopian Air Force is grounded because over 30 of its members, along with several multi million dollar fighter jets and helicopters, have defected to Eritrea within the last 12 months alone. After shutting down for maintenance on March 13, Bisha is on-track for re-start this week.

Where on earth does a small mine get bombed by fighter jets and have no causalities, and not miss a beat in operation? It’s absurd. Why isn’t common sense being used here? Every comment on here, with the exception of mine, are by Ethiopian regime supporters. Please ignore them, they will tell you anything so long as if its to economically hurt Eritrea. Have you guys wondered by Reuters, AP, BBC, AlJazeera and other credible news sources have stayed away from this phony Ethiopian Air Force bombing news? Because they know it never happened, that’s why.