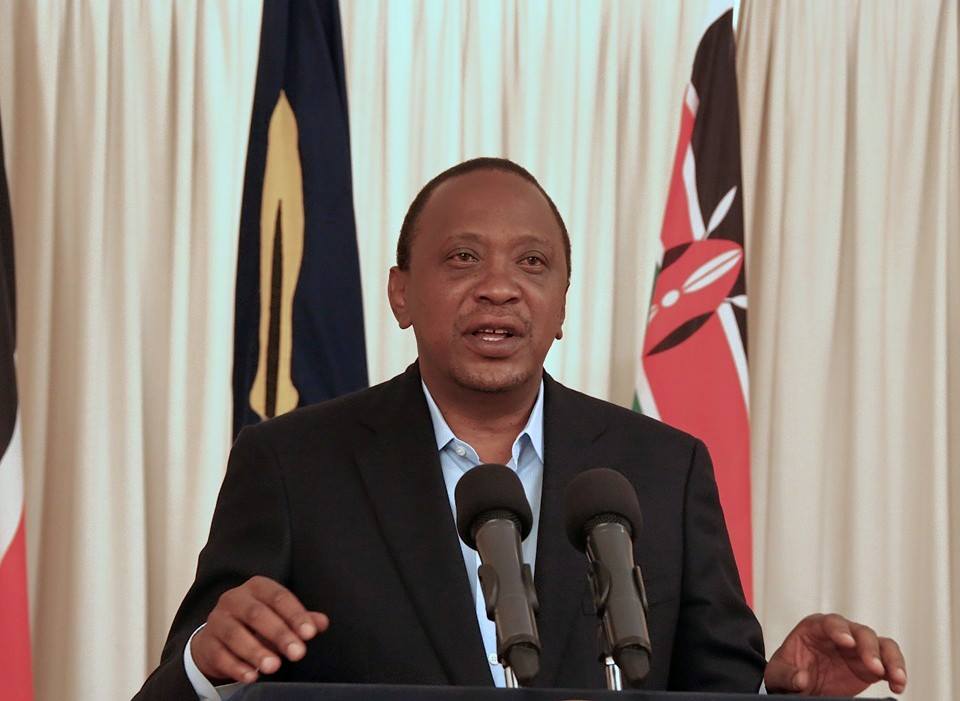 Share on Facebook
Tweet on Twitter
Nairobi (HAN) April 30, 2015 – Public Diplomacy, Regional humanitarian Security News. Eritrea has denied reports that it played a role in events leading to President Uhuru Kenyatta cutting short his trip to the United States midair last Thursday night. The Republic of Eritrea’s Ambassador Beyene Russom said his country had given the Kenya government the requisite clearance for the President’s jet to use its airspace on his way to Dubai, where he was scheduled to board a commercial flight to Los Angeles. “The Government of Kenya sought permission to use the Eritrean airspace and it was granted and all the relevant communication was forwarded to the Ministry of Foreign Affairs and aviation authorities,” Russom told The Standard yesterday. But the envoy clarified that the President’s Fokker 77 military aircraft never accessed Eritrean airspace. “They had the permission to fly through Eritrea. We gave all the necessary assistance to the Kenyan Ministry of Foreign Affairs and the aviation authorities,” Russom explained.

He was responding to reports that Eritrea ordered the Kenyan presidential jet to return after it was detected or risk being shot down because Kenyan media and politicians had linked the country with supporting Al Shabaab. Russom denied the claims of any dispute that could have prevented the presidential jet from accessing Eritrea airspace. He further added that media reports in Kenya of Eritrea providing safe stay and passage for Al Shabaab and other terrorists were not true and had no connection to Uhuru’s flight.

“There is a lot of misrepresentation being published in various sections of the media in Kenya. I am even being told that we chased away the presidential jet from our airspace because our country had been mentioned in connection to assisting the Al Shabaab. This is not true,” he said. State House cited heightened military activity in Yemen for the return of President Kenyatta’s jet last Thursday at 11.42p.m., about four hours after departure from Jomo Kenyatta International Airport. Russom said Eritrea had continued to offer support to Kenya in efforts to secure the country. “I am getting so many calls from other diplomats and friends from around the world who think that we apparently ordered the presidential jet out of our airspace in retaliation for the connection to Al Shabaab in local press,” he said. The Eritrean government has since written to the Iran Embassy to seek a clarification on the same. The source of the information was said to be an Iranian diplomat. “They have denied providing any such information. We have further sent a complaint to the diplomatic community over the same,” he added. In July 2012, the US government imposed sanctions on six people, including a senior military officer and the country’s spy chief, Col Tewolde Habte Negash, over claims that they had provided weapons and financial support to Al Shabaab. Standard