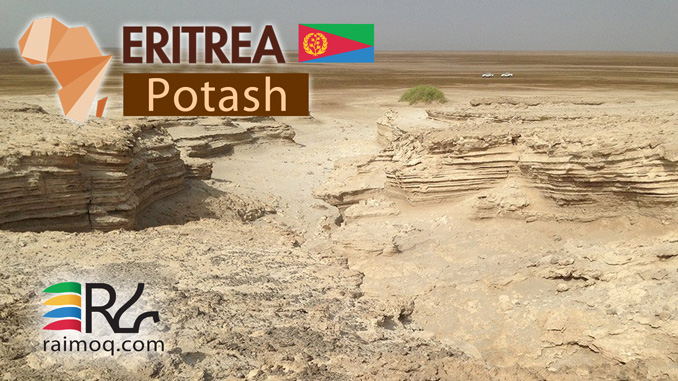 The application was prepared and submitted following the recent completion of the pre-requisite work.

This work included the submission of the Social and Environmental Impact Assessment (SEIA) and the completed definitive feasibility study (DFS).

Paul Donaldson, managing director, commented: “We are very pleased to have met this critical milestone in the process towards project development.

“The Colluli study work demonstrates a world class project that has no peer.

“The shallow mineralisation, highly favourable suite of salts and proximity to coast make the resource and project positively unique.

“We are looking forward to an exciting year ahead as we progress project funding, off-take agreements and mining approvals in order to commence construction and fully transform the company from developer to operator.”

Danakali is focussed on the world class Colluli Potash Project in Eritrea, where a DFS has demonstrated the lowest capital intensity of all advanced sulphate of potash (SOP) projects.

Colluli is predicted to be in the bottom quartile cost curve meaning it will generate sustainable industry-leading returns throughout the commodity cycle.

Danakali has a 50% equity interest in Colluli through a joint venture with the Eritrean National Mining Company.

Danakali recently signed non-binding memorandums of understanding (MOU’s) with eight multinational parties for the off-take of SOP from Colluli.

Discussions with off-take and project funding partners will be the focus of the June quarter.

The company’s experience operating in the less known jurisdiction of Eritrea has been positive and the company has an excellent working relationship with their joint venture partner.

At the end of the March quarter the company recorded a cash position of A$6.1 million.

During the March quarter, the company received commitments for a two tranche placement to raise A$5.5 million.

The second tranche of the placement requires shareholder approval at the upcoming annual general meeting on 13 May, 2016.

The company maintains the support of their largest shareholder, Well Efficient Limited, a Hong Kong based investment vehicle.