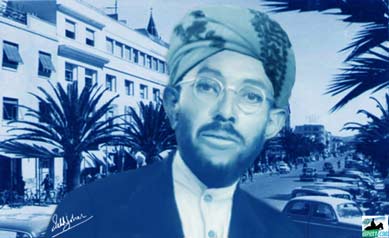 According to Dr. Solomon Tsegai, head of Surgical Unit at the Hospital, the Italian medical team “Annuliamo La Distanza” had been active in strengthening the good relationship between Eritrea and Italy since 1998 and has conducted surgeries for children with Orthopedic disorders for many years.

He further indicated that the Medical Team in the past four years invested for the construction of 12 rooms including surgical, sterilization, ware house, toilets and bed rooms for doctors and others.

The newly built building that was operational recently is equipped with modern medical equipment assisted by the Italian medical team.

According to Dr. Luili Prosperi, the coordinator of the medical team, indicated that the Italian medical team comes to Eritrea twice a year to conduct Orthopedic surgery for children and also to share experiences with the Eritrean medical professionals.

The ‘Annuliamo La Distanza” Italian medical team is one of the medical teams that conduct medical assistance to far distance countries and for the 12th time it is conducting surgery in Eritrea. 1200 patients have been beneficiaries so far.

The medical team encompasses one Medical doctor, three specialist nurses, one anesthesiologist and one Technician.

Giving emphasis to the inspiring role women played in pre and post independent Eritrea, which has greatly amplified their status among the society at large, Ms. Alem said that over 11 million Nakfa investment has been made since liberation to equip women with various vocational skills in addition to the extension of micro-credit loans to over 5,000 members engaged in various businesses, rearing livestock and construction activities.

She also indicated the positive outcome recorded by women in national developmental programs in general and soil and water conservation, enhanced life- skills and illiteracy eradication programs in particular.

Assab, 23 April 2016 – Public meetings jointly organized by the Southern Red Sea region and the PFDJ aimed at increasing the awareness of the general public on ‘People’s Authority’ were conducted in the sub-zones of Assab, Tio, Idi, Afambo, Wade, Ado and Kiloma.

The public meetings highlighted the experience gained in pre and post Independent Eritrea with regards  the establishment of Regional Assemblies, Community Courts and Regional and sub-zonal administrations in promoting social justice and people’s participation in nation building endeavors.

He further called on the public to be cautious in electing their area administrators and regional Assembly representatives.

Participants of the meetings also reassured their unreserved commitment to strengthen participation in the implementation of the outlined developmental programs in the region.