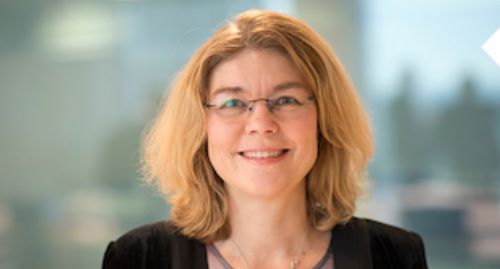 ASMARA (HAN) February 11, 2016 – Public Diplomacy and Regional Stability Initiatives News. A Court in Amsterdam struck down Meseret Bahlbi lawsuit against Mirjam van Reisen, Dutch professor and human rights advocate. The judge found that she was not guilty of libel and slander and that the youth party of the Eritrean regime can be seen as a means of collecting intelligence abroad. The decision comes as a huge relief not only for the Dutch professor, but also for the Eritrean diaspora across Europe.

When the case was heard on January 27, 2016 in Amsterdam the focus was more about the nature of the regime in Eritrea, and the role played by its supporters in Europe. The court room was packed to overflowing, mostly by Eritreans from the diaspora in Europe. The majority came to support Mirjam van Reisen. She was being sued for libel and slander by Bahlbi, an Eritrean residing in the Netherlands.

Although the legal action centred on remarks made by the professor on Dutch radio, it quickly became apparent that this case was about more than the comments. On February 10, 2016, the judge ruled that van Reisen had no case to answer and awarded damages against Bahlbi in her favour. The ruling ensured that opinions based on research and evidence would not be muted, and should not be silenced by those who disagree.

Although certainly not the crux of the matter, it is important to understand the background of the case. On May 21, 2015 van Reisen expressed concern that two interpreters for the Dutch Immigration Office were siblings of the “centre of the Eritrean intelligence in the Netherlands”.

Bahlbi’s name was not mentioned during the interview for BNR Nieuwsradio, but he felt it was clear that the statemented referred to him. This is because Bahlbi is the former head of the Young People’s Front for Democracy and Justice (YPFDJ) in the Netherlands, a nationalist Eritrean Diaspora youth organisation connected to the Eritrean ruling party, the People’s Front for Democracy and Justice (PFDJ).

Following van Reisen’s comments, Bahlbi filed a legal action for libel and slander. In the judgement, the judge declared that van Reisen’s statements were warranted and that she had provided sufficient evidence of the facts.

In the Amsterdam court room, both the prosecution and the defence spent little time debating the facts of what was said. Instead, arguments centred on the relationship between the YPFDJ and the PFDJ, conditions in Eritrea, why so many Eritreans were fleeing their country and the existence of the Eritrean secret services in the Netherlands.

Van Reisen’s lawyer strove to show that the YPFDJ was the “eyes and ears” of the Eritrean regime. The court’s decision accepts this to be the reality. A common headline across Dutch newspapers was De lange arm van Eritrea, or the ‘long arm of Eritrea’. The arm not only refers to intelligence gathering, but also to intimidation. UN personnel, journalists and van Reisen herself have all been subjected to intimidation from members of the YPFDJ because they have drawn attention to the human rights abuses perpetrated by the regime and its supporters.

Interpreters are a crucial part of the Dutch immigration service, and yet their direct access to political refugees makes them a valuable asset for a repressive and secretive Eritrean state. Information given to interpreters during the asylum process can prove costly for relatives and friends back home. Such interpreters are also in a position to twist the meaning of what is being said. Regulations are in place to ensure that the integrity of interpreters is beyond doubt. They are screened to check that they and their family members are not connected to the Eritrean regime. Questions remain regarding how interpreters with clear connections to the Eritrean regime were employed in the first place.

Professor van Reisen has expressed her relief that the judge ruled in her favour, but also expressed concern and continued to advocate for those fleeing from and suffering in Eritrea. She told the Dutch press “I now know what it feels like to be Eritrean” having witnessed the legal and less than legal attempts to silence her. Overjoyed with the news of her judgement, van Reisen posted on Facebook: “victory to all justice seekers. Together we will continue to pursue the truth.”

The court’s decision sends a strong message – the Netherlands is an open democracy where evidence based criticism is legitimate. The rule of law, democracy and freedom of speech, values that the EU and the Netherlands stand for, have been defended. Values which Eritreans do not enjoy in their own country.