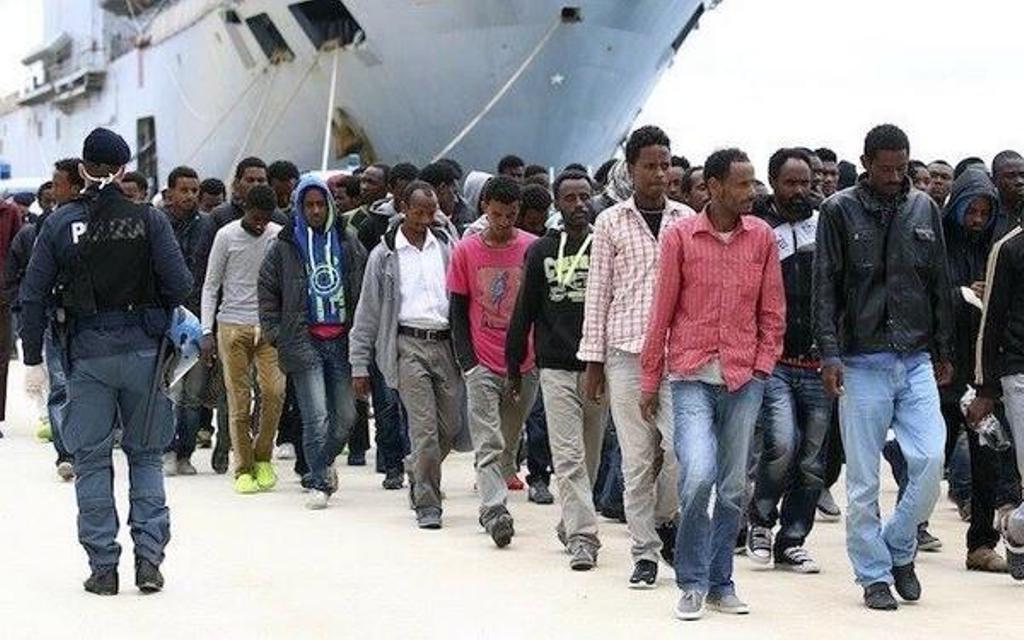 Asmara (HAN) October 18, 2014 – Public diplomacy, National safety and Security News. According to Geeska Afrika Online archives, It is common practice for a growing number of conferenses on human trafficking and smuggling to attempt to quantify the size and nature of the problem. The most often cited figure, in reports and Geeska Afrika Online articles, is that originally made in 1994, describing a global human trafficking and smuggling business worth about US $7 billion annually to the ‘European and Asian gangster syndicates’ involved.

The African Union regional conference on Human Trafficking and Smuggling in the Horn of Africa  aims  is two-fold: 1) To map out existing policy and implementation activity against trafficking and smuggling in Europe and show how this relates to refugee protection. 2) To offer some strategic recommendations to Governments and refugee agencies for the development of a more comprehensive approach to migration, organised crime and border enforcement that embraces human rights and refugee protection.

Eritrea wholeheartedly welcomes the convening of this meeting keenly aware that this is but the latest in a long series of forums organized to address the critical issue of migration and the crime of human trafficking, which is affecting millions of people and nations throughout the world. Previous gatherings have patently failed to stem the tide of illegal migration or constrain the human traffickers. If this meeting and the related next November gathering in Rome are to make a tangible contribution towards solving this complex problem, they cannot be mere public relations exercises. We should not be meeting for PR purposes, to seem to be doing something, but to actually do something, to make a difference for our peoples and nations, to bring results within a fixed period of time.

This requires that we go beyond general statements on the need to address the root causes of the problem to taking concrete steps, within specified timeframes to address these root causes. It also requires, at least in Eritrea’s case, that the selective, mistaken, unjustified and counter-productive politicization of the issue of migration and the consequent victimization of Eritrean migrants as well as the rampant nationality-switching is brought to a swift end.

As part of a comprehensive approach to address the issue of migration and human trafficking, Eritrea proposes the following:-

1. A robust and concerted effort to identify, arrest and prosecute the human trafficking criminals, and all those who in different guises, including human rights activism, are complicit in these crimes.

2. A determined effort for broad-based and sustained socio-economic development as well as active citizen political participation to provide increased opportunities for citizens in countries that are currently sources of migration.

4. Protection of the rights of all migrants, including their right to education, skills training, employment as well as their right to maintain their links to and  visit their home country.

Implementation of these measures, with a view to making tangible progress within a time frame of three to five years, requires a strong political will and commitment of all concerned nations as well as their resolute, sustained and coordinated efforts.

For Eritrea, fighting illegal migration and human trafficking is an important national priority. Along with the continued illegal occupation of sovereign territory and the imposition of unjust sanctions, promoting illegal migration has been a particularly insidious part of the tool box employed to undermine the country. Despite these obstructions, however, Eritrea is completely focused on and actively working for sustainable political, social and economic nation-building. Sustained, and relative to our resources, massive investment in socio-economic reconstruction and human resources development is beginning to bear fruit and we are confident that the next few years will see tangible change in the lives of our people, which will all also have a bearing on migration patterns. Eritrea is determined to work with all partners, the neighboring as well as European countries, to fight human trafficking, which is a crime against humanity, and to address its root causes.