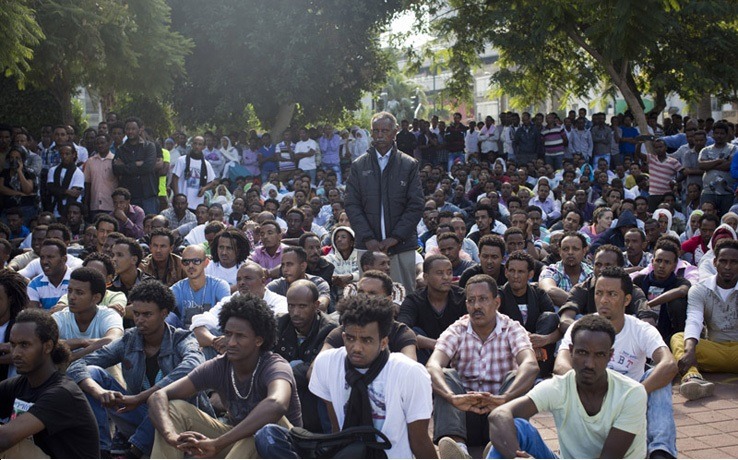 At recent meetings, Eritrean community members in the Israeli cities of Eastern Tel-Aviv and Ashdod have expressed readiness to enhance role in State affairs through enhanced organizational capacity.

The Eritrean Ambassador to Israel, Tesfamariam Tekeste, gave briefings to the participants of the meetings focusing on the armed struggle for independence and safeguarding national dignity, as well as in reinforcing the national development drive. He further stressed the need for higher awareness on the part of citizens with a view to building a prosperous nation. The participants on their part expressed readiness to step up input to this end.

Aftum Mahari an Eritrean refugee living in Tel Aviv about the plight of an asylum seeker in Israel and the tragedy of the drowning victims. Many in the crowd in tears or with their heads bowed in prayer, Christian and Muslim leaders from the community gave words of benediction and lit memorial candles on the pavement at the center of the park.

Meanwhile, members of the Eritrean community branch in Tel-Aviv reiterated readiness to implement a specific government project, in addition to the initiative of contributing USD 50 each towards patronizing families of fallen heroes.