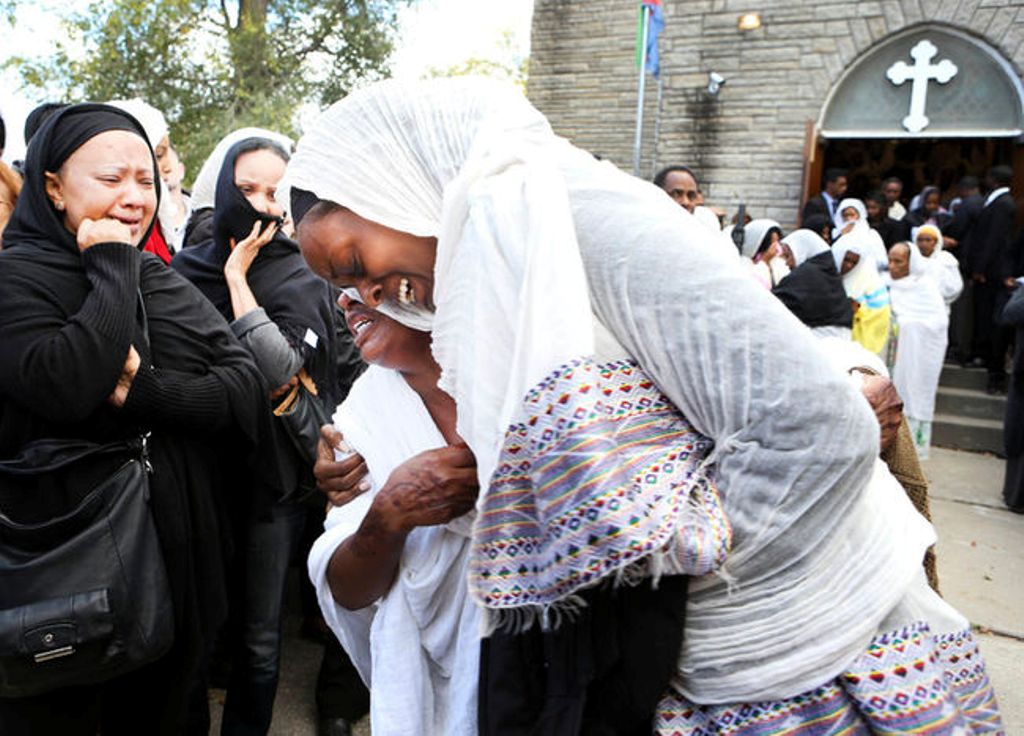 Berhane, 34, was stabbed to death as he was walking with friends along Danforth Ave. near Greenwood Ave., on Sept. 27. 2014.

Police allege Berhane was stabbed following an altercation with another man, who fled when confronted by Berhane’s friends. Osama Abdulaziz Filli, 23, has been charged with second-degree murder.

Berhane, who was born in Eritrea, came to Canada on his 10th birthday and grew up in the east end with an older brother and two younger sisters. He attended the University of Windsor, where he became the Eritrean Students Association president.

Berhane graduated in 2005 with majors in communications and sociology and then went on to graduate from United Way Toronto’s CITY Leaders program.

“Nahom dedicated his life as a youth worker, city leader and most recently a health promoter at Access Alliance,” the funeral service sheet read.

“He was a charismatic leader and role model amongst his peers and family.”

The father of two was well-known in the city’s Eritrean community and the Medhane Alem Eritrean Orthodox Tewahdo Church, near Dufferin St. and Eglinton Ave. W., was overflowing with mourners Saturday morning.
Every pew was full, leaving some of Berhane’s closest friends and relatives sitting on the floor beside his casket during the service. Those who could not fit into the church watched the ceremony on screens in the basement or a tent pitched in the backyard.

Berhane’s mother, Mebrat Gerezgiher, rocked back and forth, with her head in her hands. As the chanting drew to a close, she knelt on the ground beside the casket and draped her arms across it, sobbing.
Berhane was remembered as a “beloved child, brother, friend and mentor.” “Everybody was touched by his life,” the priest who delivered the sermon said. With files from Jacques Gallant, Toronto Star.

Eritrea: Jemmie is the fourth homicide victim in Ottawa, Canada this year