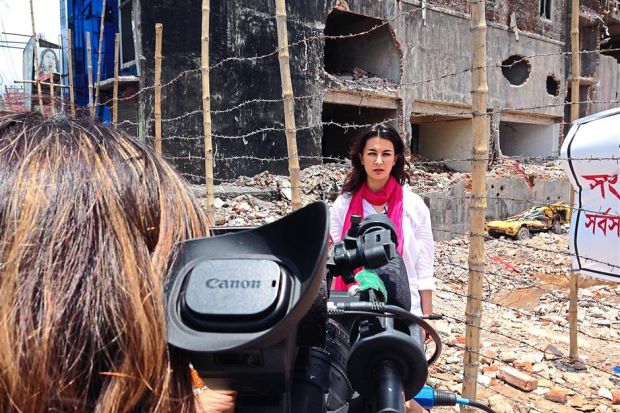 Inside Eritrea with Yalda Hakim, Hakim of BBC World News explores how Eritrea has been described as one of the most secretive states in the world. Every year, thousands of people flee indefinite military service and arbitrary imprisonment.

According to Keset Tesfatsion, you need to proof by interviewing the people on ground and find independent your own interpreters. The people might scare the dictatorial regime. You need to request to visit prison camps not far from the capital city Asmara, the place called Maye Serwa just 2 miles from Asmara city center towards Northern Asmera. You can see thousands of shipping containers. I am 100% sure they will not allow you. How could people risk their life to travel in deserts and expose themselves for such dangerous situation. But I am hoping you will try your best.

BBC World News has been allowed to film inside Eritrean territories, including red sea strategic location.

The Eritrean President Isyas Afwerki want to show off some positive news about the authority governance system:

they say child mortality is falling, maternal health is improving, and malaria has almost been wiped out.

The Question Eritrean diaspora and refugees are asking themselves are, will Our World’s Hakim gets a glimpse of why so many young Eritreans will risk everything to leave the country?