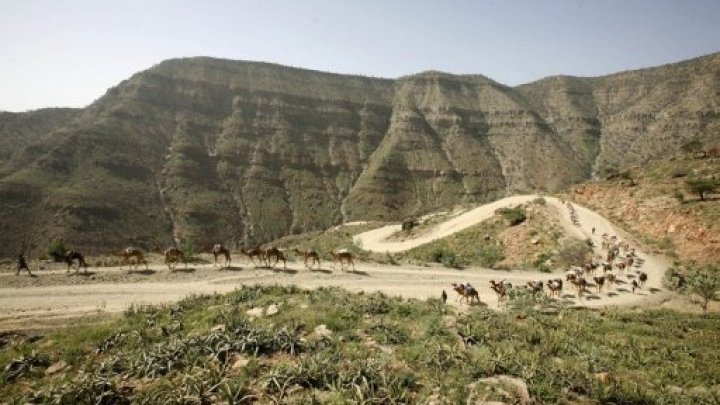 The leader of the opposition group Alo Aydahis and some 400 of its fighters laid down their arms and returned home after years of exile in arch- foe Eritrea.

The group on Thursday said it has favoured to engage in peace full struggle than the armed one.

The opposition movement according to the leader, Alo Aydahis, abandoned the armed struggle after it negotiated with the Ethiopian government.

Alo said the group has agreed to act in accordance with the law of the country.

Sudan Tribune was told that the group had been serving the regime in Asmara to accomplish anti-Ethiopian missions and to further carry out attacks to destabilize the horn of Africa’s nation.

It is not yet clear what has prompted the Afar rebel group to abandon the struggle and flee to its home country.

However their move comes nearly a year after another rebel group, The Tigray People’s Democratic Movement (TPDM) similarly returned home from Eritrea.

The leader of TPDM (Demhit), General Mola Asgedom, and 800 of its fighters fought their way out of Eritrea in September last year after Eritrean Army attempted to stop the fighters leaving.

They fought their way with three Eritrean brigades.

But they managed to arrive the Sudanese border town of Hamdait overpowering the Eritrean army.

Once in Sudan, they were then assisted by the Sudanese Armed Forces and the government of Khartoum to cross borders to Ethiopia.

Some Ethiopian politicians believe that the formation of the new Ethiopia opposition coalition might have prompted to abandon the armed struggle.

Last year, TPDM and three other Eritrea based Ethiopian opposition groups including a terrorist designated opposition movement Ginbot 7 formed a coalition known as United Front for Salvation of Ethiopia.

The groups say they were merged to launch a new armed struggle against the Ethiopian government.

But some Ethiopian politicians say their alliance intends to organize anti-Ethiopia conspiracy and to further stage other destructive missions in collaboration with Asmara.

Eritrea gained independence from Ethiopia in 1991 after a 30-year war.

Relations between the two rival neighbours remain at odds since the two neighbours engaged in a deadly two-year long border war which ended in 2000.