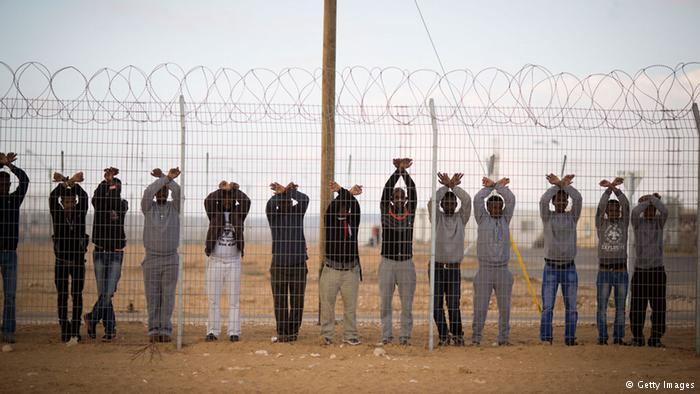 ADDIS ABABA (HAN) July 27.2016. Public Diplomacy & Regional Security News.
By Zeray Hailemariam. Now is the right time to save Eritrea from being another Somalia and prevent the domino effect on regional peace and security, before it’s too late.

Despite the fact that disturbing human rights violations have been committed inside Eritrea by the Asmara regime ever since the dawn of independence, it is only recently that the international community started to closely scrutinize it. Apparently, it was following the mass refugee exodus from the country that the EU, the growing number of Eritrean activists and influential Media outlets quickly begun to comprehend its root cause. They realized that the Mafia leaders in Eritrea are the sources of all problems and the mass outflow of refugees. In fact, troubled by the large number of refugees from Eritrea, EU member states mistakenly granted the regime with 200 million Euro so that Eritrea could be able to design development projects to create employment opportunities for citizens, thinking the root cause of the problem is economical rather than political. That was a grave mistake which made a considerable number of Eritrean elites to react emotionally.

After being troubled much, the UN Human Rights Commission established an independent inquiry to probe the deteriorating human rights situations in Eritrea in 2014. The Commission then came up with serious findings assured that crimes of human rights violations were committed in the country. In its second report also, the Inquiry Commission concluded that clear crimes against humanity were committed inside Eritrea and recommended that criminal members of the regime be brought to the International Criminal Court (ICC).

True, as one of the world’s worst repressive regimes, the Eritrean government has committed widespread crimes against humanity over the past 25 years, according to a report released on June 8 by the United Nations Commission of Inquiry on Human Rights in Eritrea. President Isaias Afwerki, in power since Eritrea’s independence in 1991, has established an increasingly repressive authoritarian regime. The UN Commission found that enslavement, enforced disappearance, rape, murder, torture and religious persecution are systematically used to instill fear among Eritreans and maintain the regime’s power. It shows that these deliberate violations of international law, crimes against humanity and systematic attacks against the civilian population are widespread.

The Eritrean Mafia leadership’s cruelty is obviously manifested in its indefinite enslavement of up to 400,000 people, mainly for the sake of military recruitment. This deprivation of liberty shows the prevalence of modern-day slavery and inhumane treatment for which Eritrea currently has no legal mechanisms to redress. In military camps, recruits are frequently subject to torture, sexual and gender-based violence, forced labour and domestic servitude. Recent developments could further exacerbate the situation. On June 21, Eritrea accused Ethiopia of contemplating full-scale war, strengthening the Eritrean regime’s justification for compulsory military service as a necessary response to perceived Ethiopian aggression.

Based on the testimony of 833 Eritreans in exile, the UN Commission also found that mass detainment and enforced disappearance are wielded as tools of control over the population, often in an arbitrary manner that flouts international law. In 2015, thousands of Eritrean prisoners of conscience, including politicians, journalists and practitioners of religions banned by the regime, have been imprisoned without charge or trial. In a testimony to the Commission, a former detainee detailed the horror of incarceration in Eritrea: “There is a saying in prison: If you scream, only the sea will hear you.” The report did not specify individuals responsible for ongoing crimes, but indicated that they operate within the military, National Security Office, the ruling party and the highest echelons of government.

In light of these appalling human rights abuses, referring members of the regime to the ICC is crucial given the country’s virtually non-existent rule of law. The nation has no constitution, functioning judiciary, national assembly, civil society, free media and opposition political parties. The vacuum created by the lack of coherent legal system generates a climate of impunity for human rights abuses. It is the foundation of a system which is incapable of protecting citizens and holding perpetrators accountable for their actions.

Eritrea’s human rights record is not merely a domestic issue. The regime’s continued disrespect for human life poses an imminent threat to international peace and security through its role in the ongoing refugee crisis. The horrifying violence countless Eritreans face on a daily basis is a powerful force driving close to 5,000 citizens to flee the nation each month, contributing to a global humanitarian crisis. It was not without reason that Eritreans comprised the 2nd largest nationalities after Syrians to be involved in the dangerous journey in search of asylum and safety. The weight of the ICC’s authority is urgently needed to ensure the protection of the Eritrean people and to stop the alarming outflow of refugees from the country.

The Security Council must treat Eritrea’s serious human rights abuses by referring the members of the regime who are responsible for the atrocities to the ICC. In doing so, it can ensure those responsible for these crimes are prosecuted to the fullest extent.

International mechanisms set in place by the Security Council and the ICC can play a pivotal role in ensuring the victims of the Eritrean government’s heinous abuses by having their voices heard. No citizen of a country should be forced to live in an atmosphere of fear while its oppressors are given broad latitude in their actions without facing consequences. Eritrea’s human rights abuses are still occurring today, and they must not slip through the cracks of global attention when they should instead be condemned and prosecuted for what they are: deliberate, systematic violations of fundamental human rights, reiterated Grieboski who is the chairman and CEO of Grieboski Global Strategies.

The resolution was drafted by neighbouring Djibouti and Somalia whom they recommended that action should be taken against the criminal leaders who committed the crimes to ensure justice and stop exodus in Eritrea.

The government of Eritrea who lives in a state of denial had characterized the report of the Commission of Inquiry as the opinion of three individuals who conducted the study outside of Eritrea. However, the leadership did forget to mention that it blocked the inquiry body from entering Eritrea. Yemane Gebrab, advisor to President Isayas Afwerqi and one of the top criminals attempted to deny the findings and admitted Ethiopia is doing the same thing which he meant that Eritrea is not alone to be blamed.

Nonetheless, the Human Rights Council has resolved to accept the COI’s recommendation to refer the report to all relevant bodies which certainly includes the General Assembly, the Secretary-General and the Security Council.

As of today, the report can no longer be dismissed as that of a “three-person panel.” The Security Council can expedite the issue by referring the case to the Chief Prosecutor of the ICC, Fatou Bentouda.

The United Nations Rights Council called on the African Union to look into Eritrean leaders over alleged crimes against humanity after the damning report by a UN Commission.

In that report, the UN’s Commission of Inquiry for Eritrea said the government of President Isaias Afwerki had committed heinous crimes since independence a quarter-century ago, including the “enslavement” of 400,000 people. Many of those abuses are allegedly linked to a harsh national service programme in the secretive Horn of Africa state, which for many is almost impossible to escape and which the COI compared to lifetime enslavement.

In a resolution that passed with consensus by the body’s 47 members, the Human Rights Council said it “strongly encourages the African Union to follow up on the (COI) report.”

The AU should set up “an investigation… with a view to examining and bringing to justice those responsible for violations and abuses of human rights identified by the Commission of Inquiry, including any that may amount to a crime against humanity.” The AU played a leading role in setting up a special court to prosecute former Chadian military dictator Hissene Habre, who was sentenced to life in May for war crimes and crimes against humanity over his brutal rule which extends from 1982-1990.

The rights council resolution broadly endorsed the COI’s findings and urged Eritrea to resolve a range of systematic abuses. Those include extrajudicial killings, torture and indefinite detention allegedly committed by people at the top of Isaias’s government. Eritrea has rejected the COI’s findings.

Very recently, the Dutch National Parliament tabled a resolution proposal that seems to target the activities of the sole ruling party in Eritrea, the PFDJ, and its Dutch and European affiliates.

Most of the clandestine activities of the PFDJ in the Western countries is handled by the young PFDJ (YPFDJ), a youth Diaspora clone of the ruling party which was formed and operates under the patronage of Yemane Gebreab, adviser to Isaias Afwerki.

The proposal also curtails access of the PFDJ affiliate entities from accessing centres where asylum seekers stay. In financial aspects, the motion proposes the investigation of subsidies provided to the affiliated organizations.

In recent years, European countries have been paying much attention to the Eritrean situation because of the dire human rights situation in the country which has triggered an immense inflow of refugees to Europe. Based on the proposal, Eritrean refugees will get extra attention to be able to participate and integrate in the Dutch society.

The most serious proposal, however, is the rejection of asylum requests by PFDJ supporters and the investigating of the financial transactions and Eritrean embassy and affiliated entities in Holland. Our source stated, “this shows that the tolerance of the Dutch lawmakers towards the Eritrean regime has been depleted.”

Dutch and foreign observers and activists close to the events in Holland said that prior to today’s session, Eritrean activists have “met with Dutch parliament members and have handed a petition signed by 10,000 people, demanding justice for their compatriots.”

Last week, the UN Commission of Inquiry on the human rights situation in Eritrea has recommended to the Security Council to refer Eritrean officials to the persecutor of the International Criminal Court.

It is to be recalled that following the damning report released last month by the UN Human Rights inquiry body in Eritrea, tens of thousands Eritrean Diaspora demonstrated in Geneva in front f the UN Human Rights Commission office in support of the report and to demand help from the international community to bring Isayas Afwerqi who is masterminding the crimes be brought to ICC. Also tens of thousands Eritreans being sheltered in Ethiopia staged to African Union office in Addis Ababa to help support in bringing Eritrean leaders to ICC and ensure justice inside Eritrea.

Precisely, it seemed that opposing Eritreans outnumbers the supporters of the tyranny regime which gave full confidence the UN Human Rights Commission Inquiry Body in Eritrea human rights violation that it has been doing the right thing. Let us see what the AU, EU, UN will do against the criminal regime in Eritrea regarding the matter in hand. Since independence, serious social discontent, and frustrated society is boiling over and this would make the situation to become like of Somalia and hence can have a domino effect on regional peace and security.