ASMARA (HAN) November 12, 2015. Public Diplomacy & regional Security. By: Sophia Tesfamariam. Eritreans have learned a few things about the western media and its partners in the NGO community in the last 15 years. They have learned to detect the nauseating stench of anti-Eritrea campaigns from afar, and have also been able to pin point its source.

As past evidence has shown, the scared minority regime in Ethiopia remains the sole source of all the distortions about Eritrea and its leadership.Its foul stench permeates every sin
gle audacious anti-Eritrea campaign. No matter what the label of the day, or where it is embedded, one will find the regime lurking not too far behind-less than six degrees of separation.

From the lies during and after the 1998-2000 “border conflict”, to the outlandish fabrications found in the Somalia Eritrea Monitoring Group’s reports, to the unsubstantiated allegations against Eritrea found in the Commission of Inquiries reports, one will find the “invisible hand” of the regime in Ethiopia or its pa- trons.Eritreans also know the repeat offenders in the regime’s club of apologists and the BBC’s Martin Plaut has served in that role for over 15 years and a cursory look at all his reports will show how he advanced the minority regime’s age 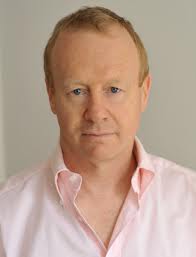 Knowing full well that the Eritrea Ethiopia Boundary Commission had “unequivocally” awarded Badme, the casusbelli for the Eritrea Ethiopia 1998-2000 border conflict to Eritrea, after initially reporting that fact in his BBC report, after being reprimanded by the regime, Plaut and the BBC began to backtrack and parrot the regime’s propaganda with statements such as this:

“…The international community has suggested that there be some compromise on the issue, but Eritrea has dug in its heals, demanding its rights…Ethiopia could continue to administer it, while acknowledging Eritrean sovereignty over the area…It might even be possible, with a little goodwill, to agree to a joint administration of Badme…”

In order to divert attention away from Ethiopia’s invasion and occupation of Somalia in 2006, Plaut shamelessly parroted the discredited Somalia Eritrea Monitoring Group’s (SEMG) accusations against Eritrea without providing an iota of evidence to support his claims. In his 18 November 2008 post “Pirates ‘working with Islamists’”, instead of researching the issue and learning about the real causes for the rise in piracy off the coast of Somalia, he chose instead to refer to a dis- credited report produced by Bruno Schiemsky, of the Somalia Monitoring Group, which was replete with bogus and outlandish assertions and unsubstantiated allegations. Citing Bruno Schiemsky’s discredited Report on Somalia, without providing any other independent verification of its assertions, Plaut wrote:

“…The Islamists are using the pirates to train their own forces in naval tactics so that they can provide protection for arms being smuggled in Somalia from Eritrea…It says two shipments in May were for Sheikh Hassan Abdulle Hersi, who is also known as Hassan Turki, an Islamist leader who is based in southern Somalia near Kismayo…They are reported to have been picked up from islands off the Eritrean coast…”

This was a ploy designed to implicate Eritrea in the Somalia crisis. History and the Somali people can attest to that. It was also in that report that the Monitoring Group- claimed that there were “2000 Eritrean forces” fighting in Somalia. That information according to Wikileaks came from the minority regime in Ethiopia.

Let us move on…

Plaut has partnered with many anti-Eritrea groups and individuals, so it comes as no surprise that he would today co-author an article with a member of the clan, whose specialty is the European Union and it is there that the regime needs the most help today-to influence EU lawmakers and policy makers and dissuade them from engaging with Eritrea. The Ethiopian regime defers to its European (White) partners in crime, when its tantrums and ultimatums are dismissed or ignored by EU leadership. These two also serve as caretakers for the regime’s surrogates who have served as the “Eritrean Faces” in its vilification campaigns against the State of Eritrea and its leadership. The minority regime feels threatened by Eritrea’s economic, social and political development and will do anything, and say anything, to thwart it.

The regime’s behind the scenes tantrums, empty bravado, lies, deceptions and embarrassingly childish attitudes, especially when meeting with western officials, is well documented in the American Embassy cables from Addis Ababa. They show an ugly pattern of a regime that has left no stone unturned to disseminate distortions about Eritrea, its people and its leadership. Its crab mentality is rooted in, and stems from, its incurable inferiority complex, and a desperate fear that Eritrea will develop into a prosperous nation, and surpass Ethiopia. In its warped mind, Eritrea’s success will cause it to lose its favored status with the West. It cannot imagine a scenario where it can, like Eritrea does, maintain its dignity and respect, and its relationship with the West.

It was not long after its usurpation of power in Ethiopia that the regime saw itself rejected by the Ethiopian people. That exacerbated the regime’s incurable case of inferiority complex and in an attempt to present itself as the viable “anchor”, a label given by its handlers; it tried to eliminate all threats against its power. Populating the Ethiopian armed forces with Tigrayans and making sure that all of Ethiopia’s vital institutions were headed by card carrying cadres of the Tigray Peoples Liberation Front (TPLF), it wrongly believes it can suppress the will of the Ethiopian people and use force to enforce its domestic and foreign policy agendas. Obviously, it has not learned much from its predecessor, the Derg regime, touted as having the largest army in Africa.

Whenever the minority regime in Ethiopia finds itself in one of its self-created quagmires, its handlers unleash a string of mercenaries who post and plant fabricated stories about Eritrea and its leadership in the mainstream media and as we have seen in the last 10 years, UN documents have not been immune wither. The noise gets louder if anything positive is said or written about Eritrea, by anyone. That has been the staple for the last 15 years, so nothing the regime or its surrogates say or do surprises Eritreans anymore. One can understand how the regime in Ethiopia can obsess about Eritrea on a daily basis, but what is perplexing is the obsession with Eritrea of some western journalists, such as the BBC’s Martin Plaut.

Despite the façade of ‘research’ and ‘investigations’, reports written by Plaut and his partners are filled with lies and distortions. The most recent being a piece co-authored with Mirjam Van Reisen, a known apologist for the regime in Ethiopia, and someone who has under the cover of her NGO, the European Policy Advisors, provided the regime and its surrogates forums to advance anti-Eritrea campaigns in a bid to influence European states. In their latest article, filled with unsubstantiated allegations and hearsay, the duos falsely claim the following:

Eritreans are accustomed to reading distorted reports from Plaut and Van Reisen, and would actually be surprised if they read anything different from these two self-baptized experts. But this brazen and blatant lie is a clear sign of their desperation. Both of them know full well that there is nothing in Resolution 2244 (2015) adopted on 25 October that says anything like that about Eritrea. The Resolution is not hid- den in some secret vault; it is out there for all to see. It is an insult to their readers.

Plaut and Van Reisen wrongly assume that their “analysis” and “research” will remain unchallenged and that their “NGO” and “journalist” covers will shield them from criticism and rebuke. It will not. While there may be some gullible individuals and lazy journalists who will accept such skewed articles without verification, Plaut and his partners must know that no self-respecting Eritrean will remain silent when such deliberate and malicious content is being disseminated. It is not the first time that these two have misrepresented the facts on Eritrea in a futile attempt to white wash the Ethiopian regime’s crimes and divert attention from its violations of international law. It will also not be the first time that they have come out in support of its agendas against Eritrea. This time, the transparent campaign is to stop European Union’s development aid to Eritrea.

Both Plaut and Van Reisen have been cavorting with individuals and groups, made up of disgruntled defectors, detractors and defeatists, re- siding in Western capitals, receiving alms and laundering information, all the while posing as “victims of religious persecution”, “exiled journalists”,” reformists”, “democrats”, and “human rights” activists. Plaut is one of the foreigners, who have provided these individuals and groups access to parliamentarians, state officials and the media, access they would not have otherwise had, to carry out the campaign to vilify the government of Eritrea and undermine its leadership. For a country that they have not visited, their obsession is curios. Both are quick to jump on anti-Eritrea bandwagons, no matter who the driver was. While they have produced many articles and reports on Eritrea, most are based on second and third hand knowledge. Unsubstantiated hear- say.

So what provoked the latest lie byPlaut and Van Reisen?

The minority regime in Ethiopia and its surrogates have been up in arms and screaming at the EU ever since it announced resumption of its program in Eritrea. It should be re- called that Prime Minister Hailemariam Desalegn, during an address to EU Ambassadors also chastised the EU for maintaining its cooperation framework with Eritrea and extending the 11th EDF cycle.Summoning “academics” and “analysts” to produce long winded papers on Eritrea and sending letters to dissuade the EU, the regime whose national bud- get is subsidized by donors, and his starving population is also fed by them, has no shame in attempting to block development aid to Eritrea.

No matter what else is written in their long winded articles-the agenda is clear, and has nothing to do with advancing “human rights” or “democracy” in Eritrea. Their “cut and paste” series of articles are nothing more than a desperate attempt to sway EU policy for Eritrea. The narrative being employed by all anti-Eritrea campaigns is the one crafted by the regime in Ethiopia. Plaut and Van Reisen have parroted it in their piece:

No doubt there are astute EU lawmakers who can differentiate fact from fiction and have a 20-year successful relationship with Eritrea to boot. The minority regime in Ethiopia and its surrogates, like Plaut and Van Reisen, must know that, the government and people of Eritrea will chart their own destiny- and are perfectly capable of doing so…with or without development aid from others.