Home Eritrea Eritrea: Afwerki “Why should I waste my time thinking of Sweden?” 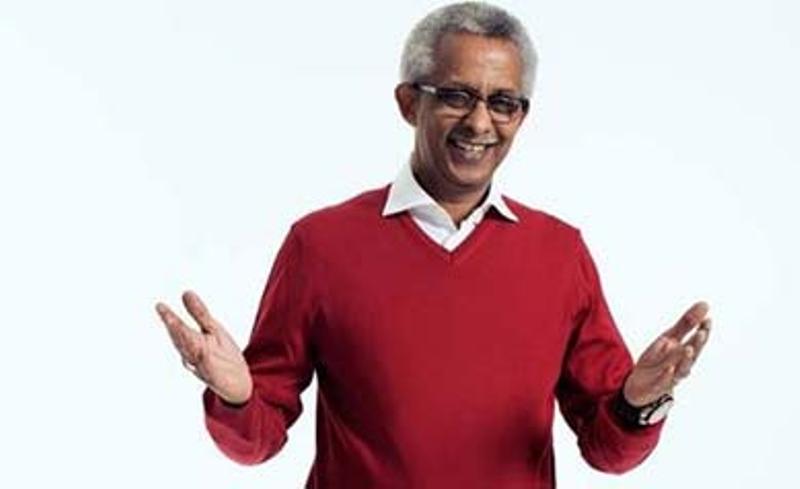 Stockholm (HAN) September 11, 2014 – Expert Analysis, Your Power & Regional Influence Magazine, opinion page by editorial  Awate.com and Geeska Afrika Online.  To update readers, for the last 4 years, a diplomatic crisis broke out between Eritrea and Sweden after the Swedish ambassador to Eritrea had openly criticized the resolution of the Eritrean government to return the Eritrean-Swedish journalist, Dawit Isac.

Isaias Afwerki considered Sweden insignificant and questioned: “Why should I think of Sweden? Why should I waste my time thinking of Sweden?”

In an interview conducted by the Swedish journalist Donald Boström in 2009,Isaias Afwerki considered Sweden insignificant and questioned: “Why should I think of Sweden? Why should I waste my time thinking of Sweden?”

Last week, the Swedish government expelled Tekle Mengistu, the chief diplomat at the Eritrean embassy in Stockholm giving him 48 hours to leave the country.

Gedab News learned that a few weeks ago the Eritrean government sent a circular to its operatives in Europe branding Mr. Arhe Hamednaca, a Swedish parliamentarian of Eritrean ancestry, as an enemy of the state and accusing him of being behind the “Anti Eritrean postures of Sweden.” It advised its operative to defend Eritrea, “Lomi kem tmali m’enti hagerna nemekkt [Today just like yesterday, let’s  defend our country]“, a coded signal to start a negative campaign against him.

Since the beginning of the year, websites and other media outlets affiliated with the ruling party of Eritrea have been relentlessly attacking Mr. Arhe Hamednaca; immediately after the expulsion of the Eritrean diplomat, the attacks increased drastically.

Mr. Arhe Hamednaca represented the constituency of the Stockholm electoral district since 2010 as a member of the Social Democratic Party (SDP). Observers believe he has a good chance of being reelected for a second term.

At the bottom of the diplomatic crisis between Sweden and Eritrea is the issue of Dawit Isaak, a Swedish citizen of Eritrean ancestry who has been in jail in an unknown location in Eritrea since 2001. Dawit has not been formally charged or brought to a court; he has no visitation rights.

In 2009, Isaias had told Donald Boström that, “Sweden will disappear slowly away from our consciousness…. to me Sweden is irrelevant, at all.” It seems Sweden has made a comeback to the consciousness of the Eritrean regime and is now relevant.

Mr. Arhe Hamednaca told Gedab News that he is, “inundated by hate mail and threats from the supporters of the Eritrean regime, some of them accusing me of heinous crimes.”

The Eritrean regime and its supporters are known for defaming and vilifying those they perceive as  their enemies.

The anti-Arhe e-mail campaign by the supporters of the Eritrean regime has also targeted Swedish media and the SDP.

In a message to Swedish Eritreans, a pro-Eritrean regime website published a message signed by “Lovers Of Their Country” and accused Mr. Arhe Hamednaca of, “collaborating with the enemies of Eritrea to ban the 2% [tax that Eritrean pay] … and whose main task is defaming Eritrea.” It also claimed that “he is close to the Weyane* and worked closely with it to have [the UN] sanctions to be imposed on Eritrea, and he was elated when Sweden announced the expulsion of an Eritrean diplomat.”

The main message of the concerted campaign is to discourage voters from voting for the SDP.

Abraham, a Swedish citizen of Eritrean ancestry said that, “The members of the ruling party and its affiliates forget they do not have the right to elect or be elected in Eritrea, but they have the temerity to interfere in Swedish elections.”

Mr. Arhe Hamednaca who has become a Swedish citizen in 1989 has worked in the Integration and Equality Ministry, followed by a stint in an NGO and later in different committees for the SDP. In 2006 he was elected to the Stockholm Municipal government, and in 2010 he became an MP.

Results for the current election season will be announced on Monday, September 15, 2014. *Weyane is how the ruling party of Eritrea refers to the Ethiopian ruling party.