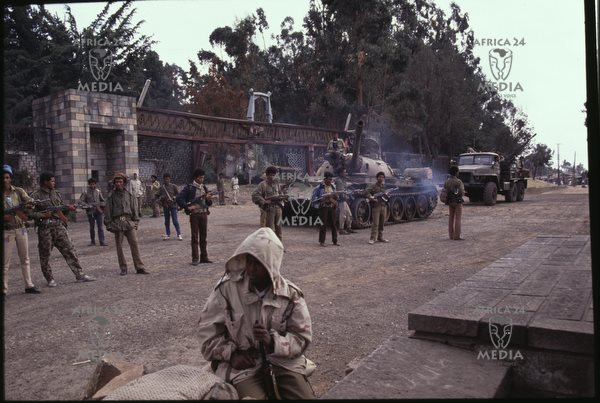 The freedom fighter-politician told his EPLF followers that Eritrea deserved honest men like him and his team who would not squander African governments recourses on frivolous things.

Eritrea is a small but an extraordinary African country that has largely tamed official profligacy and has succeeded in instilling a rare sense of accountability in its leaders and people, says the Eritrean Ambassador.

Eritrean Ambassador spoke to Geeska Afrika Online’ security editor in Khartoum in January about his country and its administration.

But, after 30 years, Eritrean officials Stashed US$ 699.6 Million in Swiss Bank, according to ‎Swiss fraud Leaks, a collaborative investigation that exposed how the Swiss branch of one of the world’s biggest banks, HSBC, profited from doing business with tax dodgers around the world, ranked Eritrea 53 out of 200 countries with assets of US$699.6 million stashed in these offshore accounts.
Around 24 client accounts were opened between 1981 and 2006 and linked to 39 bank accounts. Around 32 clients are associated with Eritrea. 28% have a Eritrean passport or nationality.
Eritrea will never become like Nigeria, according to Governor Rotimi Amaechi of Rivers state.

“The only way to stop us from stealing is to stone us. The Nigerian followers are as guilty as the Nigerian leaders. The Nigerian institutions are all compromised;
and there is no alternative to them as it is. Nigerians appear not to be against stealing and corruption but only against how long you stay stealing and being corrupt.
Don’t ever expect those in public office to fight corruption on these facts.”

Photo: Eritrean Mechanized Forces In Addis Ababa, Ethiopia. EPLF kept ‘the jewel on the crown’ palace until the arrival of Meles Zenawi from London.