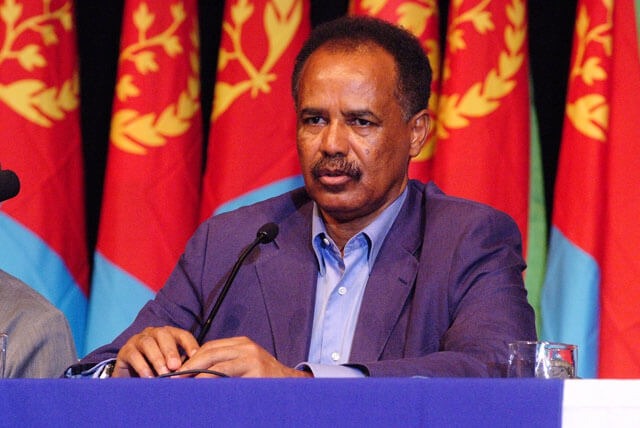 “The President, Isaias Afwerki, forwards his economic policies with a chauvinistic approach and therefore inoculates the people of Eritrea with the idea that the country does not need any form of foreign investment”

Eritrea is one of the few African nations which still adopts the political philosophy of Marxism-Leninism. With this ideology, it severely confines the trading that can be done amongst other nations. The President, Isaias Afwerki, forwards his economic policies with a chauvinistic approach and therefore inoculates the people of Eritrea with the idea that the country does not need any form of foreign investment; regardless of whether it comes from financial aid or the addition of privatised commercial banks. As Eritrea are limited to the amount of trading partners they have due to these policies, this proves to be a serious impediment as they are not able to fully flourish as a new nation with an ample amount of natural resources and minerals available to trade. Regardless, Eritrea have proved that the need of foreign investment is unnecessary as they have reported a GDP growth from 1.3% to 1.9% from 2014 – 15. However, due to the tensions between Eritrea and Ethiopia still lingering after the War of Independence, the growth of GDP have been volatile ever since.

There are no private banks that operate within Eritrea and only one commercial bank that is nationally owned as the government hold all proprietary rights to the financial industry. That being said, if the policies were to change, can Eritrea sky-rocket their economic growth with the income of commercial banks? Ethiopia is its neighbouring country and prior to 1991 it held the same political ideologies as Eritrea; however, since 1991 and the disbandment of the People’s Democratic Republic of Ethiopia, the government have loosened its grip on the economy and permitted the introduction of privatised commercial banking.

The chart above represents both Eritrea and Ethiopia’s Annual Growth from 1991. After the War of Independence, Ethiopia lost its Commercial Bank of Ethiopia to nationalisation which then lead Eritrea to renaming it the Commercial Bank of Eritrea. In 1996, Dashen Bank had begun operating in Ethiopia which lead to a dramatic increase in the GDP Annual Growth which is evident on the graph. Through the years of 1998-2000 a second war broke out between the two nations which had resulted in Ethiopia ceding the village of Badme, and consequently ensued in irreparable damages as well as a drop of the Annual Growth GDP in Eritrea. With the potential of an economic boom in Ethiopia, the Cooperative Bank of Oromia had also begun operating in 2005 and since then there have been a string of privatised banks which had also taken this opportunity; paving the way for other countries to impel foreign investment.

From the graph, we are able to see that since then there has been stability in the GDP Annual Growth from Ethiopia; fluctuating from lows of 8.7% to a high of 12.4%. Conversely, Eritrea’s Annual GDP Growth have been experiencing some severe volatility going from 1.4% to a dramatic spike of -9.8% from the years of 2008-2009. Would the volatility been tamed if privatised commercial banks were introduced to Eritrea during the period of 2002 to the present?

Most likely. However, it is difficult to say whether it would improve Eritrea’s economic growth drastically. Intractable factors such as the population, rate of inflation, previous and current conflicts as well as the geography of Eritrea could all play a role in whether the country will share similar favourable affects that had gone on in Ethiopia. That being said, Isias Afwerki should let go of his archaic ideologies which he holds so dearly to and begin to introduce some private commercial banks to the country and see how the economy (and most importantly the people) reacts to it.