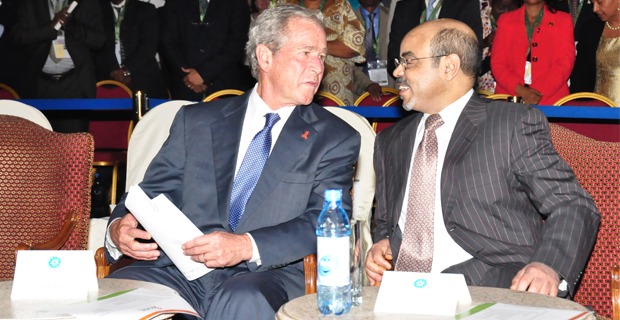 Asmara (HAN) December 4th, 2020. Public Diplomacy and Regional security. During the EPRDF/TPLF rule, the Eritrean border dispute with Ethiopia was embedded within a set of regional and international strategic  conflicts mainly linked further through proxy wars to facilitate to instability in Somalia, Eritrea, South Sudan, Djibouti and the Ethiopian ethnic groups of lowlanders (Somalis in eastern Ethiopia, Afars and Sidamo), and is skewed additionally by the application of George W. Bush’s global counter-terrorism policies to the Horn of Africa region and specially supporting Meles Zenawi’s personal agenda to loot the people of the Horn of Africa for the sake of Tigray republic (or Greater Tigray) in the Horn of Africa.

The EPRDF/TPLF’s dictator Meles Zenawi has achieved his real objectives, in Somalia January 2007 — not to install a viable government, but to prevent Somalia’s Islamic courts  from trying to form government in Mogadishu, and to win the favor of the Americans for loyal service in the war on terror.

”The second “Transitional Federal Government” (TFG) led by Col. Abdullahi Yusuf that took power in Jawhar, Somalia after TPLF/EPRDF’s invasion commending by General Gabre— was first formed in 2004 by a conference convened in neighbouring Kenya and dominated by TPLF/EPRDF led operation — represents the thirteenth attempt to form a government.

Eritrean experts reaction to the current crisis. The results of the conflict in Tigray campaign against TPLF, and they send this note to the Geeska Africa Online news desk:

“We thank Prime minister Abey Ahmed Ali for recognizing our brothers sacrifice in this battle to eliminate TPLF aggression and enlighten for the truth, our region, our brotherhood-peoples of the Horn of Africa, legitimacy of the Eritrean land and its republic, for the sake of regional peace and stability”

HAN & Geeska Afrika Online (1985-2020), the oldest free independent Free Press in the region, brings together top journalists from across the Horn of Africa. Including Ethiopia, Somalia, Eritrea, Sudan, Djibouti, South Sudan, Uganda, Kenya, Oromo, Amhara, Somali, Afar and Harari. Plus, we have daily translations from 150 major news organizations in the Middle East and East African regions. Contact at han@geeskaafrika.com