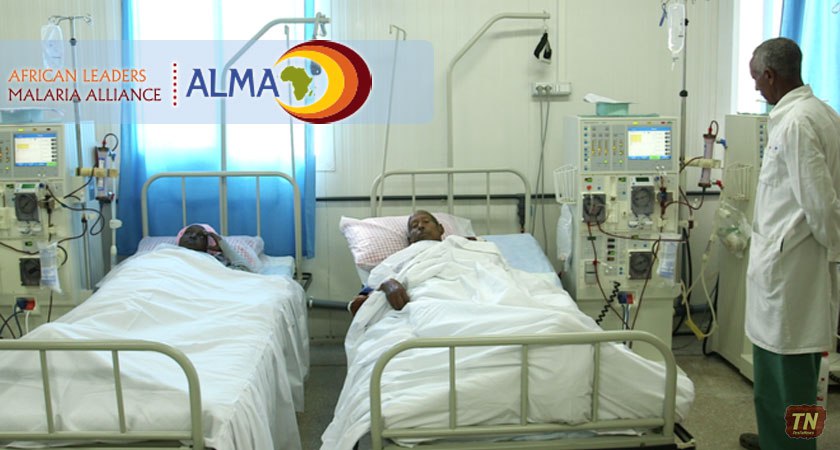 Eritrea was one of eight countries to meet the MDG target and one of 13 overall that were recognized for their progress in the fight against malaria.

The World Health Organization projects that the country will achieve a greater than 75 percent decrease in malaria incidence between 2000 and 2015.

Eritrea has secured sufficient financing to fund its malaria control program, mostly from the Global Fund to Fight AIDS, Tuberculosis and Malaria.

Africa has achieved historic progress in the fight against malaria over the past 15 years. Since 2000, malaria mortality rates in Africa have fallen by 66 percent among all age groups and by 71 percent among children under 5. Annual malaria deaths in Africa have decreased from an estimated 764,000 in 2000 to 395,000 in 2015.

Approximately 663 million cases of malaria have been averted in sub-Saharan Africa over the last 14 years. According to the World Health Organization, reductions in malaria cases attributable to malaria control activities saved an estimated $900 million in case management costs from 2001 to 2014.

The recipients of the 2016 ALMA Awards for Excellence are as follows:

> Rwanda, Senegal and Liberia for Performance on Malaria Control, 2011-2015

> Mali, Guinea and Comoros for being the Most Improved in Malaria Control, 2011-2015

“Eritrea has been a model for other nations in the fight against malaria,” said Joy Phumaphi, executive secretary of ALMA. “Having achieved such a marked decline in malaria cases and deaths over the past 15 years, as well as reaching the MDG target for malaria reduction, Eritrea is on the right path toward 100 percent elimination in the coming years.”

Many African leaders have made fighting malaria a key focus over the past several years, assisted by commitments from donors such as the Global Fund to Fight AIDS, Tuberculosis and Malaria, the United States’ President’s Malaria Initiative, and the United Kingdom’s Department for International Development.

Extensive use of effective and low-cost malaria control interventions, including long-lasting insecticide-treated nets and indoor residual spraying, has led to the huge declines in incidence and death. Given that malaria-infected mosquitoes in Africa bite indoors and at night, these interventions have been highly effective. Since 2000, more than 1 billion insecticide-treated nets have been distributed in sub-Saharan Africa.

“For the first time in history, a malaria-free Africa is in sight,” said Prime Minister Hailemariam Dessalegn of Ethiopia, the current chair of ALMA. “The success in these 13 countries and elsewhere across the continent demonstrates that strong leadership is our most powerful weapon against this ancient and deadly disease.”

But there is still much work to do. About 90 percent of all global malaria cases and deaths occur in Africa. Malaria still kills an African child every two minutes. In 2015, there were an estimated 188 million cases of malaria in Africa. Furthermore, millions of Africans are not receiving the lifesaving health care services and tools they need to prevent and treat malaria.

A recent Lancet study concluded that reductions in malaria transmission and burden could be accelerated over the next 15 years if the level of coverage of current interventions is increased. Still, innovation is needed, particularly in areas with intense transmission.

The dual threats of insecticide and drug resistance add to the urgency of the problem. Mosquito resistance to insecticides is increasing in Africa. And in Southeast Asia, resistance to artemisinin, the most common drug used to treat malaria, is a serious threat.

ALMA was founded in 2009 as a coalition of 49 African heads of state working across country and regional borders to eliminate malaria by 2030. At last year’s ALMA forum, leaders adopted an elimination agenda for the continent. The African Union is set to adopt a roadmap for elimination by 2030 at its meeting in June 2016.

Each quarter, ALMA compiles a Scorecard for Accountability and Action to track progress in the fight against malaria, as well as in tracer critical interventions in reproductive, maternal, neonatal and child health. ALMA scorecards identify bottlenecks and drive action to help countries meet their goals. The response rate to the recommendations in the scorecards is more than 80 percent, making this an effective tool for sustainable change.

Typically, ALMA recognizes countries for their antimalarial efforts in a single year. This year, nations are receiving awards for their progress over a period of five years or for their work over the past 15 years to achieve the MDG target.