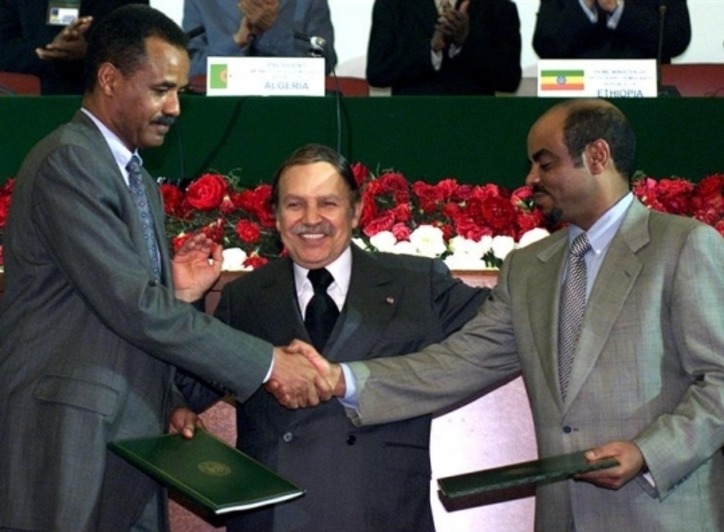 Share on Facebook
Tweet on Twitter
ADDIS ABABA (HAN) December 12.2020. Public Diplomacy and Regional Stability Initiatives News. Monitoring Regional Issues. Dr. Fikrejesus Amahazion. This week represents 20 years since the Eritrea Ethiopia Boundary Commission (EEBC) made its ruling to solve the border conflict between the neighbouring countries. However, its decisions, presented on 13 April 2002, remain unimplemented, constituting a flagrant violation of fundamental international law, calling into question the moral authority of several international organizations, serving as a serious impediment to peace and development in the Horn of Africa, and leading to the destabilization of the region through contributing to unnecessary rivalry, tension, conflict, and insecurity.
Between 1998 and 2000, Eritrea and Ethiopia waged a bitter war. The conflict, partly based on a dispute over the precise location of extensive parts of the boundary between Eritrea and Ethiopia, led to the death of tens of thousands on both sides (it is estimated that Eritrea lost about 19,000 soldiers, while Ethiopia’s losses are estimated at between 70,000-130,000 soldiers), large-scale displacement of civilians, and was highly costly for both countries. In June 2000, the two countries signed the Agreement on Cessation of Hostilities in Algiers, and then in December 2000, President Isaias Afwerki of Eritrea and Prime Minister Meles Zenawi of Ethiopia signed the Algiers Peace Agreement. Inter-alia, the agreement called for both parties to permanently terminate hostilities and refrain from the threat or use of force, established an independent and impartial Boundary Commission to delimit and demarcate borders based on pertinent colonial treaties (from 1900, 1902, and 1908) and applicable international law, sought to determine the conflict’s origins, and established a Claims Commission to assess damages and losses caused by the conflict.