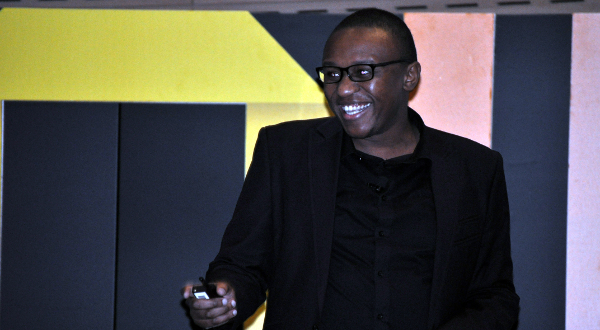 In February two South Africans, Sabelo Sibanda and Thulisile Volwana, headed off to Silicon Valley in San Francisco. They are the first African entrepreneurs to be selected to join Founders Space, one of Silicon Valley’s top accelerators for overseas start-ups (according to Forbes), and were excited to see what the legendary start-up ecosystem had to offer.

Based in Port Elizabeth, Sibanda and Volwana founded the e-commerce website Millbug in 2012, and a year later they introduced the Millbug Vuya solar-powered tablet. In 2015 they teamed up with Ugandan Michael Kyazze to launch Tuse, an Android app that allows users to send texts and make phone calls even if they do not have data or are in areas with little or no signal. It was this innovation that got them accepted into the Founders Space programme.

Speaking at the 2016 Sustainable Brands conference in Cape Town, Sibanda shared how he arrived in Silicon Valley thinking it would be the best place for his start-up to access financing.

“The first thing that one thinks differentiates the San Francisco ecosystem to any that we have here in Africa is that they must have hoards and hoards of cash… So we went out and about to figure out how we could raise a reasonable amount of money. But our focus was totally misdirected. It is not about money.”

In fact, Sibanda explained that two weeks into the programme he and Volwana ran out of money due to the high cost of living in San Francisco.

However, it did not take long to find support. On their first day taking a public bus they found themselves in conversation with a professor of mechanical engineering design at Stanford University who took an interest in what they did and connected them to various people who could assist them. “A good 48 hours later we had a couple of thousand dollars in our pocket.”

And by the end of the their accelerator programme, the founders had secured pre-seed investment.

According to Sibanda, Silicon Valley’s interconnectedness is what makes it a powerful place for entrepreneurs – and he believes others can learn from its “reciprocal meritocracy”.

“It’s basically when you refer anybody and everybody of a certain aptitude to a person you come into contact with who can move an idea, product or start-up to the next level. You gain because the ecosystem gains,” he explained.

“An ecosystem is not so much dependent on how many different players are in the environment at one time; it’s how much they interconnect.”

He added it is a common perception that the main reason entrepreneurs fail is due to a lack of funding. However, he highlighted a study of over 200 failed start-ups which suggests that funding challenges actually account for less than 25% of failures. In fact most start-ups fail because they do not have products or services that customers really want.

So what can African aspiring tech start-up ecosystems like Silicon Cape (in Cape Town) and Silicon Savannah (in Nairobi) take from this? Sibanda believes participants within the ecosystem have to contribute to its overall growth by helping other entrepreneurs with introductions, best practices and access to resources.

“We have to open the door for the next person,” he emphasised.