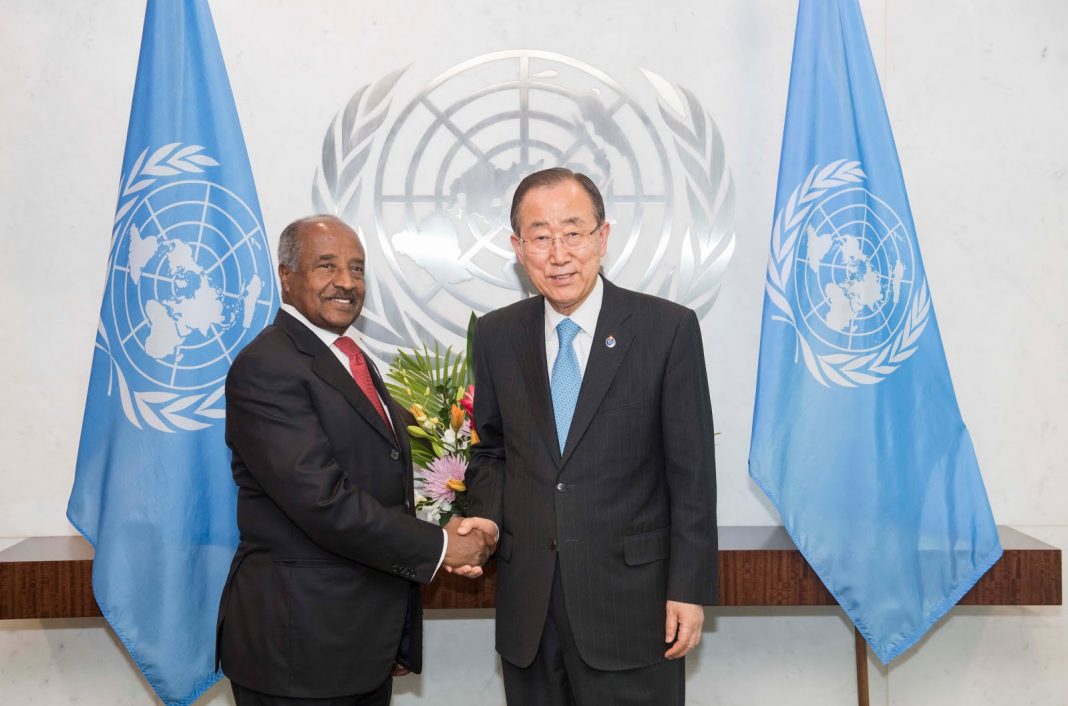 During the meeting which was held at the United Nations Headquarters in New York, the two sides exchanged views on a number of issues, including the cooperation between Eritrea and the UN and peace and security challenges in the Horn of Africa and other relevant issues.

The Secretary General encouraged Eritrea to continue implementation of the Sustainable Development Goals. He also congratulated Eritrea on the 25th anniversary of its independence which was celebrated on 24 May 2016.

It is to be recalled that the Eritrean Minister of Foreign Affairs, Mr. Osman Saleh delivered a speech on 26 September at the General Debate of the 71st Session of the UN General Assembly.