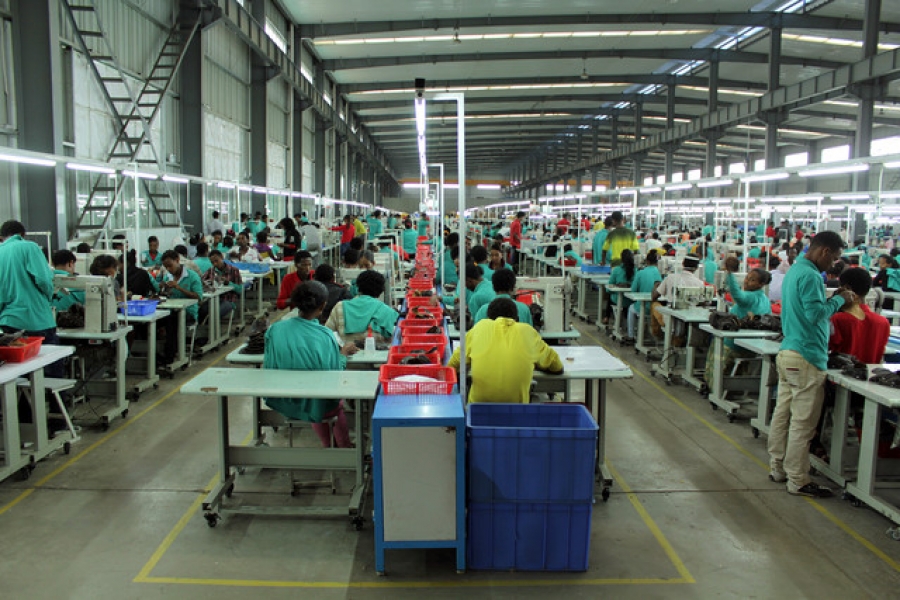 ADDIS ABABA (HAN) May 16.2016. Public Diplomacy & Regional Security News. The Ethiopian Investment Commission (EIC) invited Ethiopian business community to partake in the five industrial parks that are constructed all over the country.

The Commission floated a bidding process on Tuesday May 10 inviting local investors to take  part  in the manufacturing sector in the Hawassa Industrial Park and the other four industrial parks yet to be constructed around the country.

Getahun Negash, Head of Public Relations of EIC told Capital that the bidding process will remain open for 21 days, until the end of May 2016.

In the past few months,  the Industrial Parks Development Corporation (IPDC), a recently formed corporation responsible for the construction and management of industrial parks in Ethiopia, had already invited local investors to  join the Hawassa Industrial Park, through previous bidding processes.

A week ago, IPDC signed a USD 250 million contract agreement with CCCC and CCECC, two Chinese construction firms, for the construction of the Mekelle and Kombolcha industrial parks.

These two projects will be finalized in six months’ time, according to the deal. On the other hand, the Head of Public Relations explained that all four industrial parks will be completed in the coming nine months, with the construction of the Adama and Dire Dawa parks starting soon.

He also said that the current bidding process for industrial shades in all five parks aims to give preparation time to interested bidders.

Hawassa Industrial Park, constructed at a cost of USD 246 million, will be fully finalized in June, 2016.

Getahun said that, considering the capacity of local investors, the dimension of the industrial shades in the other parks will range from 3000 to 3500 square meters.

According to the previous bidding documents floated by IPDC, the government’s required lease price for the industrial shades was set at two dollars per square meter for the first four years, with a slight increment in the next six years. The minimum lease period is ten years, extendable by negotiation only.

The industrial parks were constructed for the production of export items. The government grants extraordinary incentives for local companies investing in the parks. Recently,  Dr. Arkebe Oqubay (PhD), Special Advisor to the Prime Minister and Board Chairman of IPDC, disclosed that the government will cover training costs for local professionals and expenses for hiring expats.

He also said that the government will facilitate loans of up to 85 percent of the total investment.