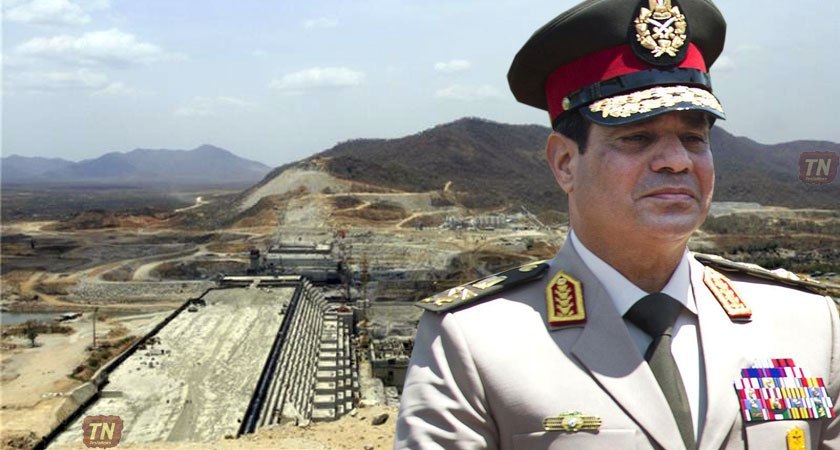 Khartoum (HAN) October 24, 2020 – Public Diplomacy and International Security regarding the Egyptian Dam issues. Egypt  accepted a U.S. proposal over the project for a giant hydropower dam on Ethiopia’s Blue Nile that is causing an escalating spat between Ethiopia and Egypt.

The last year (2019) high level meeting of foreign ministers of Egypt, Ethiopia and Sudan, the three nations directly affected by the project, were held in Washington, led by president Trump.

Ethiopia, Sudan and Egypt have been at odds over the filling and operation of the Grand Ethiopian Renaissance Dam (GERD), and Trump said,  he had brokered an agreement to resolve the issue but that Ethiopia had broken the pact, forcing him to cut aid funds and other related diplomatic partnership initiatives.

Egyptian leader and egypt are  worried that the Grand Ethiopian Renaissance Dam (GERD),  near Ethiopia’s border with north Sudan, will restrict supplies of already scarce Nile waters on which it is almost entirely dependent.

President Sisi also said Egypt had already spent 200 billion pounds on the plan, and would spend 70-100 billion more next year.

After years of three-way talks with Ethiopia and Sudan, it says it has exhausted efforts to reach a pact on conditions for operating the dam and filling the reservoir behind.

Ethiopia says the dam is crucial to its economic development and has denied that the talks between the three are stalled, accusing Egypt of trying to sidestep the process.

Ethiopia will not be stopped from the dam plan-over a hydropower dam that the Horn of Africa country of Ethiopia on the River Nile,  Prime Minister Abiy Ahmed said.

Meanwhile, Egyptian presidency spokesman Bassam Rady said, “The call included a stress on the importance of overcoming any obstacles in the negotiations of the Renaissance Dam.”

Ethiopia, the source of the Blue Nile which joins the White Nile in Khartoum and runs on to Egypt, says the dam will not disrupt the river’s flow and hopes the project will transform it into a power hub for the electricity-hungry region. sources, TAS, Ethiopia FM, Sudan FM and AfP