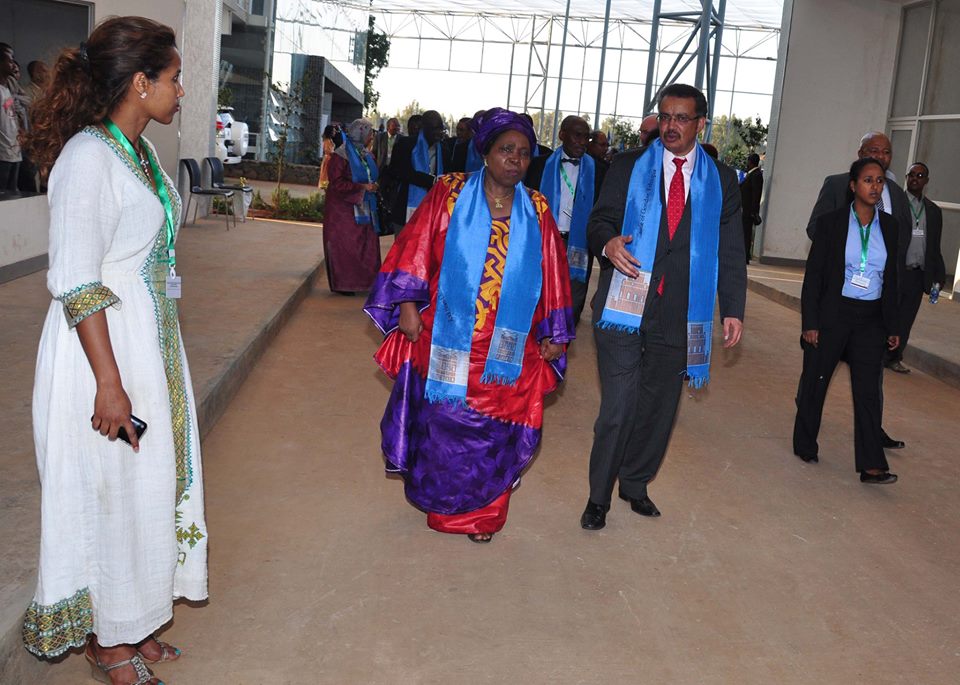 Addis Ababa (HAN) March  1st, 2014  – Egypt may be in the throes of political turmoil, but the government has begun a diplomatic offensive aimed at stopping Ethiopia from building a huge hydroelectric dam on the Nile River that Cairo says will be a disaster for the Arab world’s most populous nation.
The military-backed administration began its effort to internationalize the thorny issue in hopes of gathering support for its case against Ethiopia, where the Blue Nile rises in the northwestern highlands, after bilateral negotiations deadlocked in January.

“The campaign initiated by Egypt … aims to persuade the international community to reject the dam’s construction because it may lead to further conflict and instability in the region of the Nile Basin,” an Egyptian diplomatic source in Cairo told the Middle East’s al-Monitor website Feb.19.

“More negotiations with Ethiopia only waste time and directly threaten Egypt’s water security,” said the source, who declined to be named because of the sensitivity of the issue.

“We realized that Ethiopia doesn’t want genuine solutions to end the crisis, but is only trying to portray Egypt as approving of the dam’s construction to facilitate access to the funding.

“But Ethiopia hasn’t provided genuine guarantees the dam will not affect Egypt and has shown no intention to amend the technical specifications to minimize the potential risks according to the report by the international experts’ committee, which recommended reconsidering the dam’s safety studies.”

Ethiopian Prime Minister Hailemariam Desalegn said Feb. 13 that Addis Ababa will not back down on the $4.8 billion Grand Renaissance Dam, which will be the largest in Africa.

He observed that since there’s no international court specializing in arbitrating water disputes, Cairo had no choice but to negotiate to reach a settlement acceptable to everyone.

Gamal Bayouni, secretary-general of the Egyptian-European partnership at the Ministry of International Cooperation in Cairo, said Egypt now seeks to “target all countries that provide technical assistance for designing and building the Renaissance Dam through private contractors and also the states likely to fund to construction of the dam.”

Italy’s Salini Construction Corp. is building the 6,000-megawatt facility on the Blue Nile, the main tributary of the Nile that flows northward through nine African states to the Mediterranean.

The Blue Nile accounts for 85 percent of the Nile’s water flow. It joins the White Nile, whose headwaters lie in the East African highlands in Burundi.

Muttalib, who was accompanied by Egyptian Foreign Minister Nabil Fahmy, said after a series of meetings that “the visit has achieved its goal. Italy has understood Egyptian concerns.”

Egyptian sources say Muttalib’s next trip will be to Norway, which is one of the countries funding the dam project.

But it’s not clear at this stage whether Egypt’s diplomatic offensive will be able to secure enough international support to influence Addis Ababa.

The Ethiopians consider the Renaissance Dam and the other dams they plan to build as a symbol of national pride as they will produce electricity that will transform the economic prospects not only for their country but for much of seriously under-developed East Africa as it stands on the cusp of a major oil and gas boom.

For Cairo, maintaining the current flow of Nile water is a matter of national security.

Egypt’s last two presidents, Hosni Mubarak, overthrown Feb. 11, 2011, and Mohamed Morsi of the Muslim Brotherhood, ousted by the army July 3, 2013, both made thinly veiled threats to use military force to uphold Egypt’s current access to the waters of the world’s longest river.

The current military regime in Cairo is focused, so far at least, on riding out the domestic political turmoil and restoring stability amid a growing Islamist insurgency.

But it can’t afford to let this issue slide. The Grand Renaissance Dam is to become operational in 2017.

Egypt, with its 84 million people totally dependent in the Nile for water, cites British agreements in 1929 and 1959 that guarantee it the lion’s share of the water and a veto over upstream dam construction.

But Ethiopia, along with Tanzania, Rwanda, Kenya and five other African states with growing populations and mounting demands on agriculture, dismiss these accords as colonial relics