Home frontpage Egypt and Ethiopia: The Curse of the Nile – Wilson Center 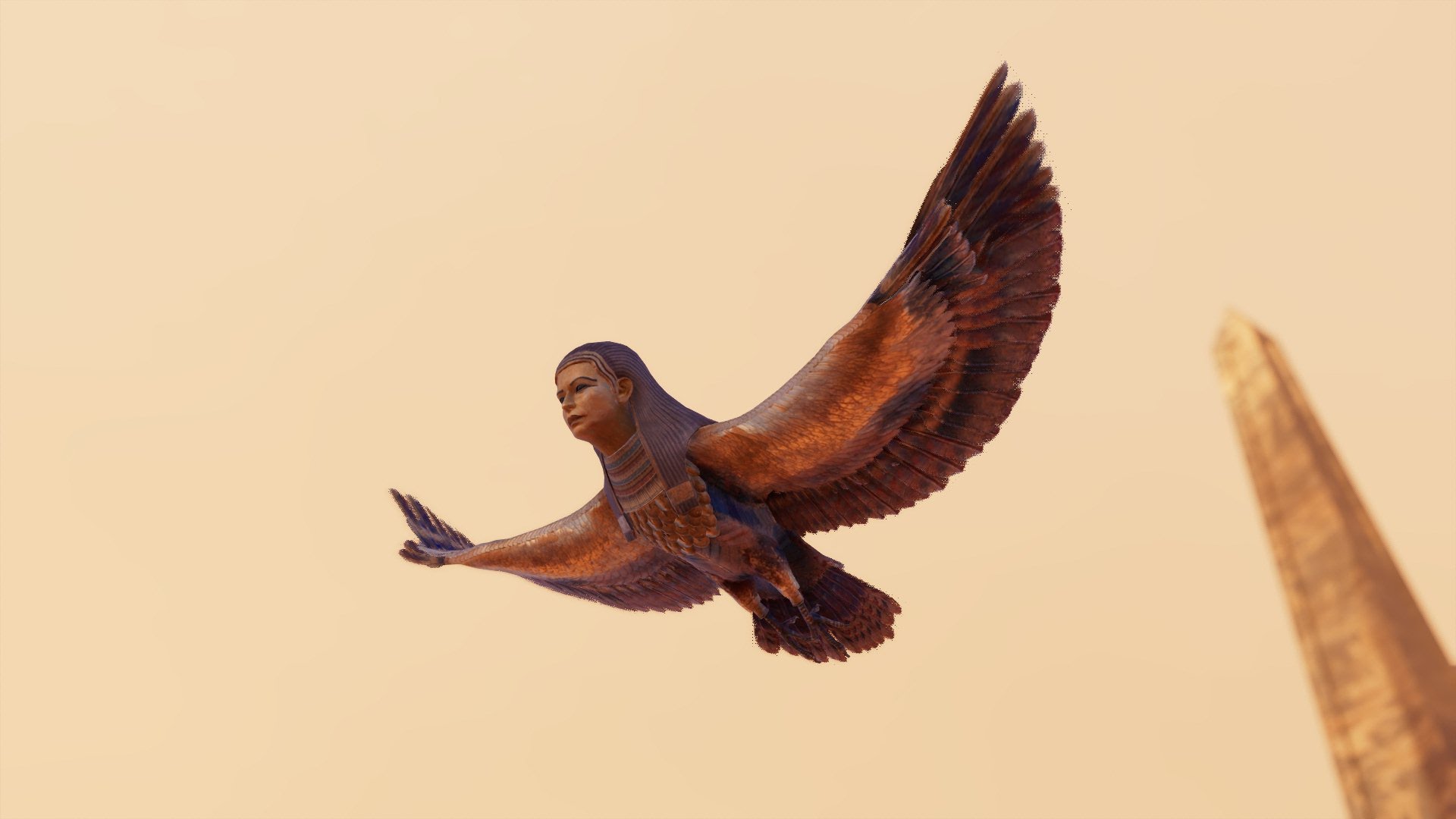 A slow-motion crisis has been developing in the Nile Valley since the Ethiopian government announced the construction of the Grand Ethiopian Renaissance Dam (GERD) on the Blue Nile ten years ago. Even earlier, the possibility that Ethiopia would build a dam on the Nile was a nightmare scenario always present in the minds of Egyptian leaders.

GERD will produce electricity for Ethiopian domestic consumption and for export to neighboring countries rather than provide water for irrigation. The water used to power the turbines will be returned to the river downstream from the dam. Thus, the dam will not decrease the flow of water to Sudan and Egypt over the long term, but it will decrease flow during the time it takes to fill the reservoir. The timetable for accumulation has been the subject of a decade of negotiations between the two countries, but there is still no agreement on crucial issues. Adding urgency to the matter, the dam is so near completion that Ethiopia could start filling the reservoir this summer – and the rainy season has only just begun. Egypt is determined to stop this from happening until an agreement has been reached, threatening to turn to the UN Security Council for help or even to go to war. In preparation, it has successfully negotiated an agreement with the government of South Sudan to build a military base near the Ethiopian border. While the two countries are trying to avoid an open conflict and consultation continues on and off, Egypt is becoming more aggressive and the situation could get out of hand.

For both countries, this is far more than a technical issue. It has major economic and thus political implications and affects each country’s self-image. For Ethiopia, the dam is the symbol of its industrial ambitions and of its determination to escape the historical poverty that afflicts its population. The electricity produced by GERD will allow the government to extend the electric grid to the entire country and to sell the sizable surplus to it neighbors. What’s at stake for Ethiopia is nothing short of its future development.

A lot is at stake for Egypt as well. The most immediate concern is the threat of a decreased water supply from its largest source, at a time when severe shortages for agriculture and human consumption are already looming. Egypt is indeed “the gift of the Nile,” but the ancient river that supported twenty-seven million in 1960 according to the Egyptian central statistical office (CAPMAS), will now need to sustain a rapidly growing population of over one hundred million. Furthermore, the upstream riparian countries now want – and are entitled to – their own share of water. (The Nile riparian states are Burundi, Democratic Republic of Congo, Egypt, Eritrea, Ethiopia, Kenya, Rwanda, South Sudan, Sudan, Tanzania, and Uganda.)

The Status of Negotiations

Control of the Nile has long been a matter of dispute, as John Waterbury documented in his 1979 book, Hydropolitics of the Nile Valley. Egypt insists that two episodes remain relevant today. The first is an exchange of letters in 1929 between the governments of Egypt and Britain, in which Britain recognized that Egypt had historical rights to the Nile and that water would be shared between it and Sudan, with 48 billion cubic meters going to Egypt and 4 billion to Sudan. Britain, which controlled Sudan jointly with Egypt under a condominium agreement, was supposedly negotiating on behalf of all its territories with an interest in the Nile. In reality, the interests of all upstream countries were completely overlooked. Ethiopia, the source of 80 percent of the Nile water reaching Egypt, was already bound by an earlier treaty imposed by Britain on Emperor Menelik forbidding him to build dams on the Nile. In 1959, Egypt and independent Sudan renegotiated the 1929 agreement, increasing their own shares of Nile water in the same lopsided proportion and again ignoring the rights of upstream riparian countries.

…they could never agree on the crucial details: the timetable for filling the reservoir and what to do in years of drought.

In the following decades, as more countries sought to develop their economies and access to water became increasingly important, new international efforts were made to codify the rights of riparian countries, including the approval by United Nations General Assembly of the Convention on the Non-navigational Uses of International Water Courses in 1997. Nevertheless, Egypt insists that the original agreements with Britain and Sudan that recognized its acquired rights to a disproportionate share of Nile water are still valid; a contention that other countries do not accept. As a result, when the Nile riparian states established the Cooperative Framework Agreement on water allocation in 1999, Egypt and Sudan refused to sign it.

In 2010, Ethiopia’s announcement of its plans to build a dam on the Blue Nile made the problem of water allocation more urgent. The two countries held countless talks, hired commissions of experts to report on the impact of the dam and in 2015 even agreed on a declaration of principles not to inflict damage on each other. However, they could never agree on the crucial details: the timetable for filling the reservoir and what to do in years of drought — in early 2020 Egypt insisted the filling should take from twelve to twenty years, depending on the amount of rainfall while Ethiopia, with a $5 billion investment in the dam and urgent need to show returns, insisted on five to seven. In 2019 the United States offered to mediate, but the effort got nowhere because these crucial details were never finalized and eventually Ethiopia suspended its participation.

At that point, Egypt started talking an increasingly bellicose tone, discussing military action to halt the construction of the dam. Ethiopia responded by suggesting it would start filling the reservoir even in the absence of an agreement. At the time of writing, both Egypt and Ethiopia appeared to be backing away from open confrontation. Egypt wanted to turn the matter over to the United Nations Security Council, while the African Union insisted it should be consulted first. Ethiopia, after announcing that it would start filling the reservoir in July, declared that it would not do so without an agreement with Egypt, but then reversed its position again. South Sudan claimed it would never allow its territory to be used for an attack on Ethiopia while Sudan, facing its own political upheaval, sat on the fence. Some talks have resumed but the chances of a lasting agreement remain slim. Nobody has introduced new ideas in the negotiations and, with a finite amount of water in the river at any given time, there is no way for Ethiopia to fill the reservoir and bring the turbines into operation without decreasing the supply received by Egypt, at least temporarily.

From Saber-rattling to Water-use reform: The Long-term Solution

At this point, the best short-term scenario would be a stop-gap agreement that will allow Ethiopia to start filling the reservoir on a compromise timetable acceptable to Egypt, which would walk back military threats. However, it is unlikely the issue will be settled for good. It will probably remerge when drought conditions put pressure on both countries, threatening electricity production for both and agriculture for Egypt.

However, no matter how many negotiations and mediation efforts take place, the reality is that there can be no lasting solution to the contentious hydropolitics of the Nile Valley until Egypt introduces major reforms to its water-use policies. Experts have pointed out for years that Egyptian irrigation methods are highly inefficient. Israel, with a similar climate and even greater water shortages, uses much less water to produce the same crops (according to the Egyptian ministry of agriculture itself). The government has long recognized something must be done, but implementation of reforms has been extremely slow. Even the early construction of GERD ten years ago has not caused Cairo to prioritize reform. True, Egypt was sidetracked by the uprising in 2011, the turmoil over the Muslim Brotherhood government, and the subsequent coup d’état and consolidation of the military regime. But even at present, Abdel Fatah Al Sisi’s government has remained more focused on grandiose mega projects rather than improving and updating water infrastructure. The water problem is indeed existential and will only continue to worsen without major intervention, especially in light of a rapidly growing population.

Experts have suggested many steps Egypt could take to improve water management for agriculture and domestic consumption. Some are simple, such as fixing leaks in the canal system and in urban water networks — Cairo loses an estimated 50 percent of water to leakage, for example. Others are more complex and costly, such as converting from flood to drip irrigation or building new desalinization plants to make more water available for domestic use. Some have also suggested reuse of wastewater for irrigation as a way of increasing supply and reducing pollution in the Nile and the irrigation canals. Only experts – and this writer is not one – can determine what combination of approaches are appropriate for Egypt, but solutions clearly exist. They are tested and proven in many countries. Egypt has the technical and organizational capacity, although apparently not the political will, to implement them.

Efficiency and reform are the only way for Egypt to ensure that the Nile will continue to satisfy its water needs even as other riparian countries start claiming their own rights to a common resource, as Ethiopia is doing. Everything else is simply a stop-gap measure.